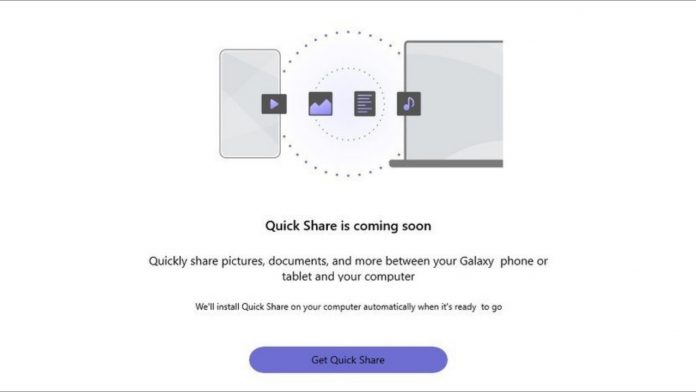 Samsung is preparing to bring the AirDrop alternative to Windows 10 computers. Samsung and Microsoft continue to maintain their successful relationship.

File transfer to Windows 10 made easy with Quick Share

According to Aggiornamenti Lumia, Samsung is preparing to introduce its Quick Share feature on Windows 10 PCs via the Microsoft Store.

Note that this update will bring functionality similar to the current way content transfer between smartphones and Galaxy devices using Bluetooth or Wi-Fi Direct.

Developed by Samsung as an alternative to Apple’s AirDrop feature, Quick Share is one of the best ways for users to transfer files between their devices.

For this reason, Samsung’s collaboration with Windows 10 was already a feature expected by many users. According to the information revealed in the report, some users have already accessed the application.

The Quick Share application, which strengthens the cooperation between Samsung and Windows 10, is expected to be accessible to all users in the Microsoft Store soon.