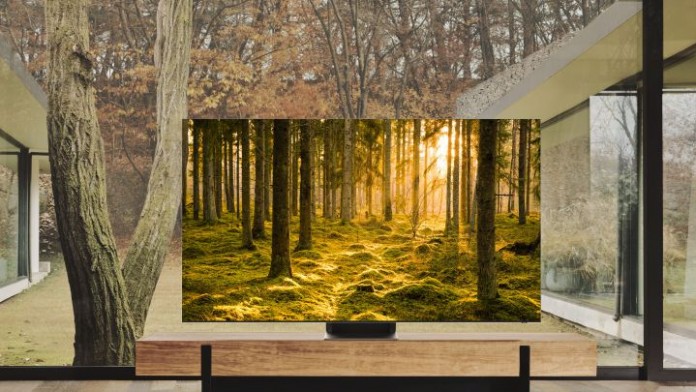 Samsung is known for having some of the most imposing televisions on the market. Their screens provide great viewing quality, capable of offering great performance in terms of colors and image. And once again it demonstrates it again thanks to its new range of Samsung Neo QLED devices that it has presented for 2022.

Televisions are never lacking in a house, especially now that they are an exceptional component when it comes to entertainment. These devices are getting bigger, with a different composition on the screen and, as if that were not enough, with more resolution.

And that is the case of Neo QLED televisions for 2022, which use MiniLED in their panels of various sizes (65.75 and 85 inches). These miniLEDs are 40 times smaller than LEDs and provide higher density and contrast thanks to their artificially intelligent Neural Processor. They will have a resolution of no less than 8K, so their capabilities when it comes to launching content are very broad despite the fact that today there are not many channels in that resolution. They will also have a refresh rate of 144 Hz, which will help to see a sharp and smooth image.

Their reservation period will be March 21 and they will start at a price of about 3,600 euros in the 65-inch version.

The other novelties of Samsung: Lifstyle and OLED

The Korean firm has not limited itself to giving news in the Neo QLED field, we have also seen news in two more series such as the Lifestyle and the OLED. In the first we have three lines that stand out for their design: The Frame, The Sherif and The Sero. All three provide great quality thanks to their Display Mate function that makes them have no reflections anywhere, allowing viewing to always be optimal.

On the other hand, the new 55-inch and 65-inch OLED televisions provide a 4K Neural Processor with integrated AI similar to their QLED brothers that we presented to you before. In your case, they will be available in 55 and 65 inches from April.

The Purchase Of Activision Blizzard Will Be Reviewed By The FTC...