Home Tech Samsung Presents Its Exynos 2200 Processor. Will It Debut With The Galaxy... 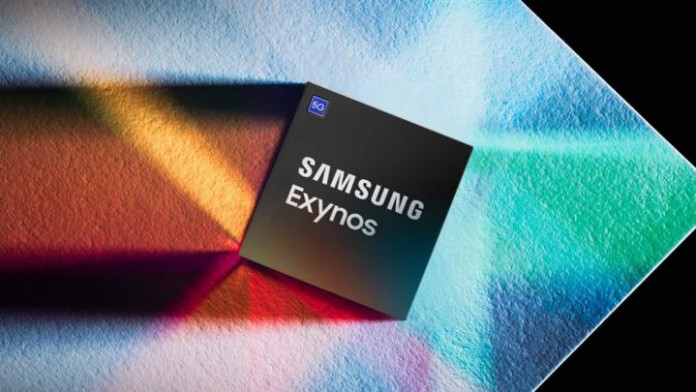 Exynos 2200: We’ve been hearing rumors for some time that the next generation of Samsung’s Galaxy S family phones may only come in a single Qualcomm-based version due to supply shortages. And now, the Korean firm has just presented the processor that should give life to the different versions of the Samsung Galaxy S22. Will this Exynos 2200 arrive on time?

As you can see in the press release published by the Korean manufacturer, its new Exynos 2200 SoC has enough weapons to stand up to Qualcomm’s current flagship, the Snapdragon 8 Gen 1 processor, which will be in charge of bringing Samsung to life. Galaxy S22. At least one of its versions…

This is the Exynos processor for the Samsung Galaxy S22

We will start by talking about its Xclipse 920 GPU, a model that boasts the same AMD RDNA2 architecture used in new generation consoles, such as the PS5 or the Xbox Series X. Thanks to this, we are facing the first processor with the ability to enjoy video tracing lightning on your mobile phone.

In case you didn’t know, what is known as Ray Tracing is responsible for significantly improving the quality of the image, making objects look more real and less polygonal. In this way, Samsung’s new flagship processor will take a leap in quality compared to its rivals, being an excellent option to consider for gamer users.

To this we must add a 4-nanometer manufacturing process to maximize energy efficiency that will help extend the hours of screen on. It also has a CPU made up of a high-performance Cortex X2 core, three ARM Cortex-A710 cores that would support the X2 when running heavy apps or games, and another four ARM Cortex-A510 cores oriented to tasks that require little graphic load to improve energy efficiency and increase autonomy.

How could it be otherwise, the more than likely Samsung Galaxy S22 processor has 5G connectivity through a modem with support for sub-6GHz and mmWave networks. Highlight its new E-UTRAN New Radio – Dual Connectivity (EN-DC) technology to combine 4G and 5G networks with the aim of reaching transfer speeds of up to 10 Gbps.

Continuing with the characteristics of this Samsung Exynos 2200 processor, say that it offers support for 4K screens at 120 Hz or QHD + at 144Hz, in addition to having HDR10 + to improve image quality.

As for the photographic section, this SoC has the capacity to work with sensors of up to 200 megapixels, so it meets the mark. Without a doubt, a tall processor that promises a performance that has little or nothing to envy on paper to the heavyweights of Qualcomm or Apple.

Finally, to say that the manufacturer has not indicated which phones will release this new processor, although everything indicates that there will finally be a version of the Samsung Galaxy S22 with Exynos 2200. Exclusively for the Korean market due to lack of stock?