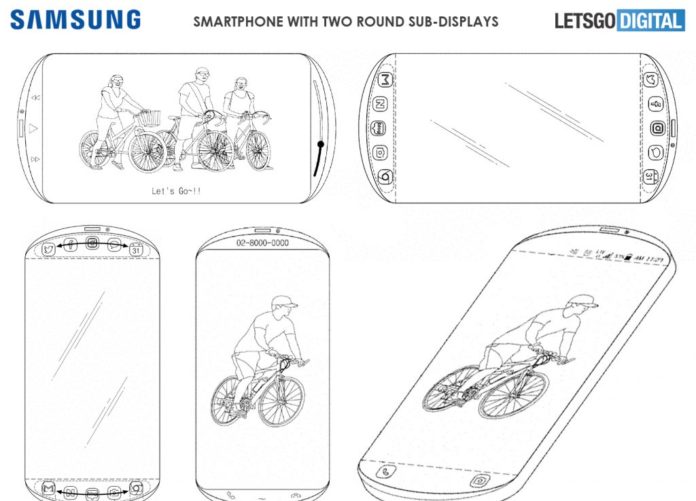 Samsung, which went out of the mainstream smartphone designs with Galaxy Fold last year, received another patent with an experimental design. The patented design features curved top and bottom edges.

South Korean Samsung, one of the biggest brands in the smartphone world, has received a new patent. The patent, which has a very experimental design, shows that the upper and lower corners of the device have a curved structure. The device actually has three screens, two of which are on the sides of the spring. The virtual buttons here can be arranged according to the need. So we can say that it works like the secondary screen of LG V20.

Although the rectangular design has been adopted in the smartphone world in general, experimental designs are also emerging that occasionally fail. The most recent of these experimental designs, where it is not yet known where to arrive, was the foldable smartphones that started coming out in 2019. In this area, we have seen examples that adopt three different designs such as Galaxy Fold, Mate X and Razr.

Samsung’s new patent
Of course, although almost all companies work in this area, we can easily say that Samsung has made great efforts for new designs and ergonomics. According to the news in Let’s Go Digital, the South Korean technology company made the patent application in 2019 and the patent was approved on January 23, 2020.

Although there were screens with curved corners before, the screens with completely curved edges have very challenging designs. Samsung also divides the panel into three parts to achieve this design. While the middle part of the device has a rectangular design, the parts at the bottom and top have a curved design. Although these screens work together, not all of them have the same functions.

If the main screen has the classic function, the other two screens are; they show notifications, virtual switches, contextual shortcuts based on need and application displayed. We will see if this phone, which has a very interesting and experimental design, will be produced by the company.