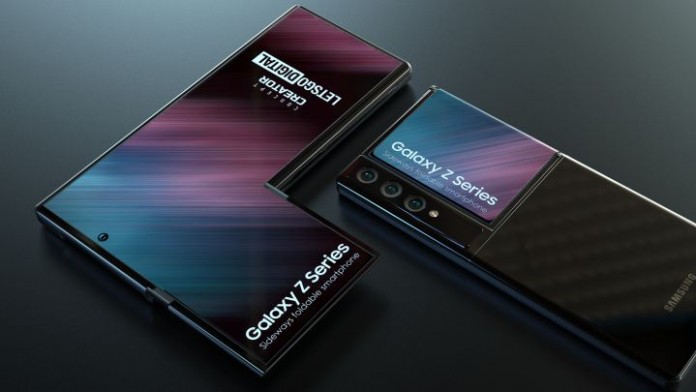 Samsung: First there were the ‘dumbphones’ or mobile phones in which there was no screen, only a keyboard. Then the manufacturers added a screen in the form of a line to see the mobile that we dialed or called us. And when the last century ended and this one began, the following terminals began to increase the size of the screen and decrease that of the keyboard, until in 2007 Apple changed history with the iPhone, the first smartphone and mobile without a keyboard.

A decade later came the other great evolutionary leap in smartphones at the hands of Samsung with the flexible screen models, which although it is still a very new technology on the market and has not been widely adopted, is there and is clearly the future of the industry. And that is what we are going to talk about today, because although there are more brands looking to jump on the early bandwagon of folding terminals, Samsung is the one that is betting the strongest, launching up to two flexible models annually, such as the Galaxy Fold and Z Flip.

Looking for new uses and combining the current prevailing design of rigid mobiles with the flexibility of folding screens, Samsung has registered a curious patent: As we read in the Lets Go Digital medium, it is a patent filed by Samsung Electronics before the WIPO (World Intellectual Property Organization) in mid-2021. The 66-page documentation titled “Flexible Display Electronic Device” was approved and published on January 20, 2022.

A single screen that extends inside a non-flexible mobile

No, it is not a normal dual-screen phone as we have seen from other manufacturers such as the curious LG Wing, but rather a flexible screen, so it is possible to move the surface of the screen that is normally in the back to the lead. When unfolded, the phone is shaped like an inverted L or a P seen from the other side

To make this possible, an ingenious hinge has been incorporated into the side of the frame, below the folding screen. The hinge is designed in such a way that it does not break easily if the user tries to bend the screen too far by accident. The patent documentation also indicates that the screen will be equipped with UTG (Ultra Thin Glass), as we also know from the current Galaxy Z series of smartphones.

7 things We Know about Cells 3 at the moment