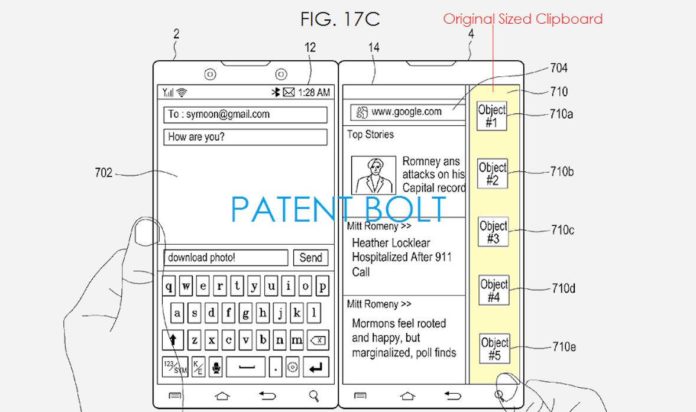 One of the revolutionary changes for smartphones in 2019 was the introduction of foldable phones. With a powerful entry into the field with the Galaxy Fold device, Samsung is already preparing the infrastructure of new foldable phones. It turns out that the South Korean technology giant has patented a design that will make the hinges on the new foldable phone invisible.

The recent development of the smartphone market has focused on the camera, which some users have not embraced. We can say that the expectations of these users, who stated that manufacturers should be more creative in terms of innovation, were met to some extent with the emergence of foldable phones in 2019.

Smartphone manufacturers have also been working for the potential success of foldable phones for a long time. One of them, Samsung, as you know to be the first in the market last year, the Galaxy Fold has introduced a foldable phone. Devices with screen problems in the early days; Although it was gathered, developed and re-released, it managed to become one of the most popular devices in this field. Now Samsung has concentrated its research and development power on new foldable phones.

Samsung uses magnetism to position the hinges completely inside the screens: As it can be seen from the published patent images, if Samsung uses the system mentioned in the new foldable phones, the magnetic hinges will be positioned at the junction points inside the screens. The absence of a hinge detail on the surfaces where the phone interacts with the user will bring the screens closer to each other and increase productivity.

Of course, this design requires a dual display and is more like the surface neo that Microsoft announced in the past months, rather than the structure in the Galaxy Fold. It is not known when Samsung will start testing this system, which offers some flexibility, such as the ability to turn the rear camera forward for selfie.

Samsung’s Galaxy Fold 2 is expected to be introduced with a launch on February 11, 2020, which is more aggressive than other companies. The first Galaxy Fold device is learned from the mistakes of this device produced in the market how to find an echo in the coming process we will see together.

Where is Ruinous Fort collected in Fortnite Season 5?