Home Tech Samsung Officially Showed the Design of the Galaxy S20 for the First... 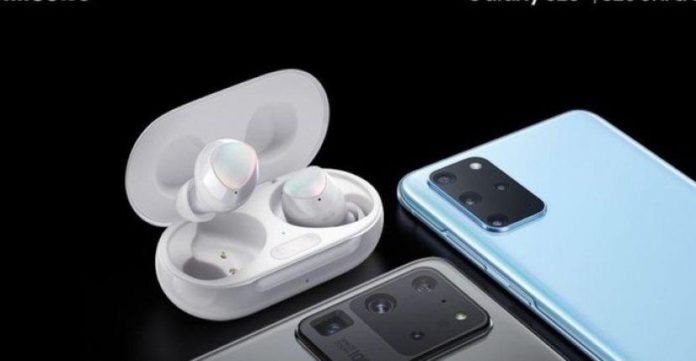 Preparing to introduce the newest members of the Galaxy S series, Samsung has accidentally published some cases of devices on its website. The company, which officially used the name Galaxy S20 for the first time, also clarified what the name of the devices would be in this direction.

With less than a week away from Samsung’s event to introduce the new smartphones Galaxy S20, Galaxy S20 + and Galaxy S20 Ultra, new information about South Korean company’s new devices continues to emerge.

In the past week, rumors were uncovered about the images and prices of new flagships. The large camera modules that have been on the agenda for a long time were also confirmed with these rumors.

With the product page it shared, Samsung not only showed the design of the device, but also made sure the name of the Galaxy S20. Thus, we can say for sure that a model named Galaxy S11 will not come.

Other information about the Galaxy S20
The Galaxy S20 series, which will have a 120 Hz screen refresh rate that we are not used to see on smartphones, will offer this feature in Full HD resolution. The S20, which has multiple cameras in the rectangular camera module on the back, will have brand new sensors and new shooting modes with the developed software.

Galaxy S20 Ultra, which will be at the top among Samsung’s new flagship smartphones, will reach very high connection speeds with the support it gives to 5G technology.

In addition, the device that supports 100 times digital zoom with the periscope camera will also feature the main camera with a resolution of 108 MP, unprecedented in the Galaxy S series.

While the Galaxy S20 Ultra has only 5G support model, the Galaxy S20 and Galaxy S20 + will have both 4G and 5G connectivity models. In cases where 5G support is not available in countries where the devices will go on sale, Samsung is estimated to position 4G-powered devices on shelves. It is also rumored that Galaxy Buds + will be given when devices are purchased.