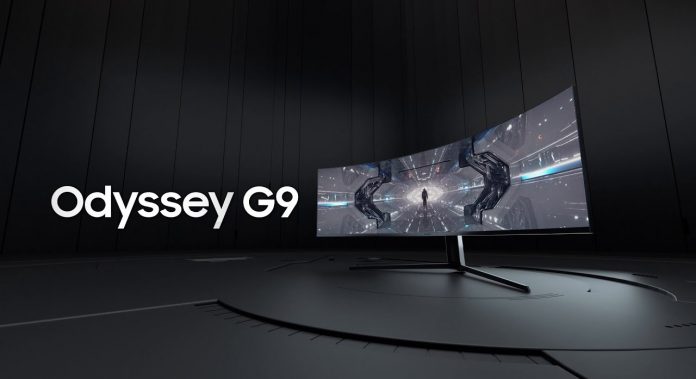 Samsung made a big upgrade this year to the 49-inch curved screen and dual QHD resolution gaming monitor in the G9 Odyssey model, which it released last year, with the Samsung G9 Odyssey 2021.

Samsung’s giant-sized gaming monitor has been changed not only in terms of hardware but also in design. The 2021 version of the Odyssey G9 will have a white back panel and a Tron-like blue ring design.

Thanks to the mini-LED feature taken from television models, better contrast and brightness will be offered to G9 Odyssey users. In the statement made by the technology giant, it announced that it will use the Ouantum Matrix feature in this monitor for the first time in addition to the Quantum mini-LED.

Looking at the new 2 hardware features to be added, it is possible to say that you will fully dominate the games with the 1000R curve and you will not miss any important detail.

Odyssey G9, which was released last year, supported both AMD FreeSync and Nvidia G-Sync display technology. It is among the rumors that the model to be released this year will maintain the standard in terms of compliance with the standard. In addition to the Odyssey G9, Samsung also introduced a new interactive display called FLIP 75, which can be used as a digital board.

The size of this device, on which you can draw, write and edit, has been announced as 75 inches. FLIP 75 will have a 4K UHD display for enhanced visual quality and not only in schools but also in home, office, etc. He explained that it can also be used in places.

If MI6 wants to survive, it will adapt to the latest...