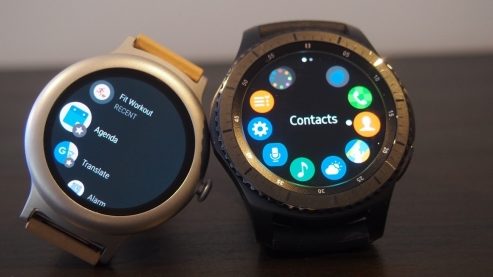 Samsung’s smartwatches are often recommended as the best options for Android phone users. However, Samsung preferred the Tizen operating system, which it developed in-house, instead of Google’s Wear operating system for its smart watches. However, rumors of Samsung going to Wear OS have been around for a few months now. IceUniverse, who shared a leak last February, said that its new watch will switch from Tizen. In March, XDA Developers reported that the source code of the Galaxy S20 mentions “WearOS”, which was discovered with the code name of an unreleased device.

SamMobile stated that Samsung will pair a new version of the One UI UI with Wear OS so that its new watches will have a look that is compatible with previous Tizen models. Other new features include a wireless feature similar to that offered by the Apple Watch and new SmartThings features for Samsung‘s smart home ecosystem.

Samsung‘s transition to Wear OS, one of the largest manufacturers of smartwatches as an alternative to Apple Watch, will be a great opportunity for Google’s platform. It can bring much more users to Wear OS, which can provide more incentives for developers to develop apps for them and respond to one of the longstanding criticisms of the platform.

However, Samsung‘s own smart watches seem to need a change, just like Google’s operating system. The Galaxy Watch 3 we reviewed last year was a good product, but it didn’t bring a big jump over Samsung‘s previous generation wearables. Like Wear OS, Tizen suffers from a lack of app support.

There is no official statement about when we will be able to see new Samsung smartwatches running Wear OS. However, SamMobile predicts that a smartwatch will be announced in addition to the new foldable devices expected in July.