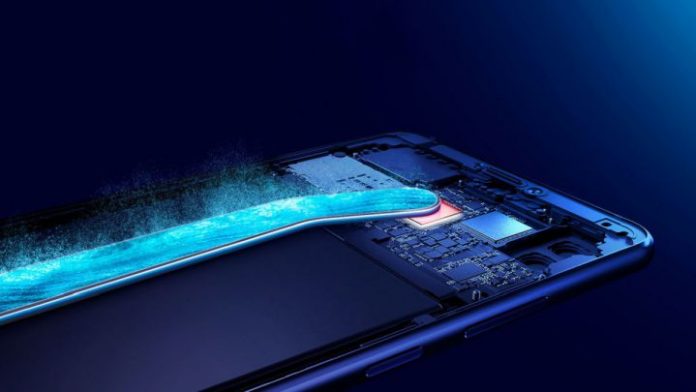 Samsung: We usually talk about mobiles, their characteristics, how powerful they are and also about the extras that make them special. The latter can be anything a company innovates in its gadgets and one that has not been seen recently in the high-end is liquid cooling. But this could change soon in one of these firms with the incorporation of this feature in the Samsung range next year.

The cooling system of the devices is something key for any manufacturer. Not only is it necessary to mount all the components in a box, but it also has enough space to guarantee air flow as well as a ventilation system for it. But in the smartphone segment this is more complicated. The previous description would be valid for a computer, but the airflow is almost non-existent on a mobile.

The fact is that the diffusers are not entirely sufficient in some cases and an extra help is required so that the processor does not heat up. The best thing in these cases is to have the help of some liquid component and luckily there are phones that have this feature included. We remember, for example, the Samsung Galaxy S7 or the Galaxy Note 9, but it seems that this feature has been forgotten. But this could change next year.

According to PhoneArena, Samsung could be behind a new terminal for 2022 with liquid cooling. This would be a steam chamber that prevents overheating of the processor as we have already seen in other terminals of the firm itself or in other rival companies that have incorporated this function in phones intended for video games.

Why was use stopped at Samsung?

Many may wonder why Samsung will use liquid cooling in its devices again in 2022. The truth is that at the time it was a breakthrough, but according to the previous media it seems that COVID-19 and the integration of 5G were important points to allocate all resources to maintain production in difficult times and to integrate a new communications antenna. All this instead of prioritizing the cooling of the terminals, although as you can see the plans change and for the better in this regard.

Paranormal Activity 7 Gets New Trailer And Official Synopsis; Check Out!