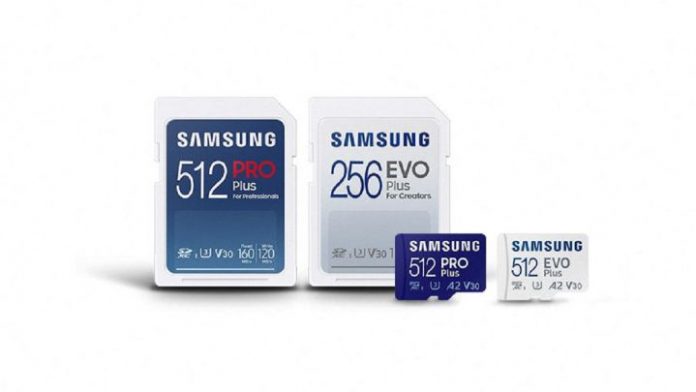 Samsung: Removable physical storage may have lagged a bit behind, especially considering that the hardware of the different devices is becoming more and more extensive. We are talking about the SD cards that are still present in Android phones with a dedicated tray to expand the internal gigabytes of the device. But these are not the only ones with this capacity and whatever the destination of the card, Samsung provides the new SD cards with a reading of 128 mb / s.

The speed of writing and reading of a hard disk may not be such an important feature for users, but in reality it is a lot. It is the capacity with which a file can be read, created or moved from one side of a device to another in order to organize it effectively. And by effective we mean not only speed, but that this is accompanied by quality maintenance.

Hard drives are already designed with that intention, and especially mobile phones that are required so much now. That is why it is necessary that you have an SD memory to match and Samsung provides a solution with its new EVO and Pro Plus series. Both will have a variable space for you to choose the one that suits you best, but they will all have a common characteristic which is their great writing speed.

The Korean firm says they boast write speeds of up to 120MB / s and read speeds of up to 160MB / s. It may not tell you much, but they are recommended for recording 4K content directly to a card in this category. Therefore, whether on a smartphone or a SLR camera, this speed will be optimal so that the card is not saturated with the flow of data when you have to record a scene in such great quality. Bear in mind that in 10 seconds this accessory will have written a gigabyte, more than enough to cover the needs of the device that carries it.

The company has announced more models of the EVO Plus series in SD and micro SD formats from 32 GB capacity with a price close to nine euros. Those with more storage will come later.