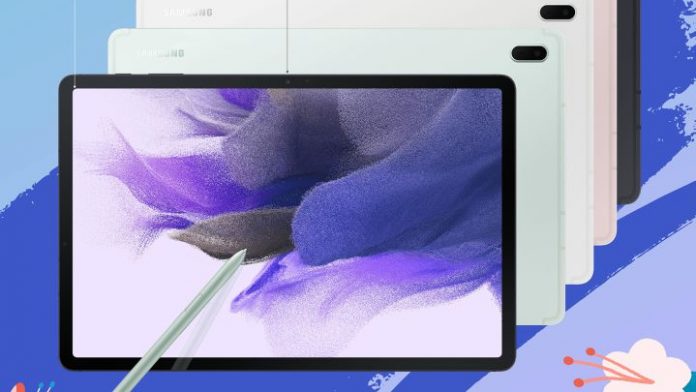 Samsung: The world of tablets has more and more members to choose from. The different companies have their own representation in the segment and today we have to go to one of the best known firms. It is time to talk about Samsung and the new proposals it has, which are none other than the Galaxy Tab S7 FE and Tab A7 Lite tablets.

This is the Samsung Galaxy Tab S7 FE

Let’s start with the most powerful version that the firm has presented: the Galaxy Tab S7 FE. It has a 12.4-inch TFT screen in 2560×1600 resolution. In this part it incorporates a 5 MPX front camera and a single 8 MPX lens on the rear. Following the external structure, you will have at your disposal an AKG speaker system and a USB C connector to power the 10,090 mAh battery.

If we go inside the device, the company has thought a lot that it is a tablet to work at full power wherever you take it. It has an eight-core chip and, according to company information, we will have 5G in the device. For the rest of the chipset components we will see two versions of 4 or 6 GB of RAM accompanied by 64 or 128 GB respectively and with 1 TB expandable. It also has a GPS + GLONASS, Beidou, Galileo plus support for the S Pen that comes in the box.

Now that we have seen the powerful version we move on to a more restrained version such as the Galaxy Tab A7 Lite. In this case we have a tablet of no less than 8.7 inches in 1340×800 resolution also in TFT type. It also has a 2 MPX front camera and an 8 MPX rear camera. It also has a USB C cable that connects to the device in addition to charging the 5,100 mAh battery.

Now that you know the new Samsung tablets, it’s time to see when they will be available. In the case of the Galaxy Tab S7 FE we find that it will arrive on June 18 at a price of 649 or 699 euros depending on the storage. As for the Tab A7 Lite we will have it for about 169 euros from May 28.