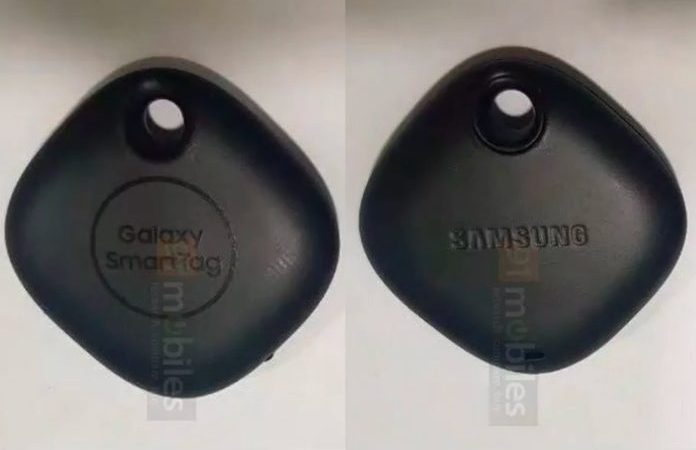 Samsung seems to be preparing to launch a new Tile-like device that will help track down lost items. Leaks related to this tracker device, which is likely to be called the Galaxy SmartTag, have been circulating since last month. There were also rumors that the device could be announced with the Galaxy S21 series in January.

Galaxy SmartTag will use Bluetooth to connect with nearby devices and report its location. This way, owners can easily find the items they attached to these little place finders later. This device will be powered by a replaceable button battery. Thus, when the battery runs out of the accessory, you won’t have to throw it away and buy a new one.

Samsung’s item tracking device seems to work similarly to Tile’s. Moreover, the SmartTag looks quite similar to this device in appearance. A square shaped object with rounded corners has a hole in the middle. In this way, it can also be attached to key rings or similar objects. The photos leaked from the recording of the device with Taiwan’s telecom regulator were posted on the 91mobiles website. This fits in with a drawing of the device leaked from Samsung’s SmartThings app.

So far, it doesn’t seem that Samsung has done anything unusual with this accessory. It looks like this will be a viewer device that will work in a fairly standard way. In 2018, Samsung released a tracker connected to mobile phone networks for constant monitoring. More recently, in October, the company released an app that helps device owners find their existing devices using Bluetooth and appears to be the basis for the upcoming SmartTag.

For the most part, this seems like worse news for Tile. Because it has long been claimed that Apple is also working on an item tracker device. If both of these devices will actually hit the market, that would mean two major new competitors within a year.