Home Tech Samsung is preparing to make the front and back of the phone:... 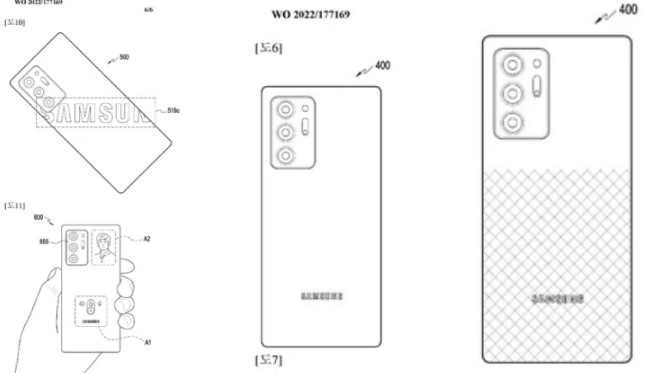 Together with the newly appeared image, it turned out that Samsung had received a patent for a new phone with two screens. In fact, we are familiar with the dual screen design in Samsung’s patent, let’s look at the details.

It seems that with the Samsung Galaxy Z Fold and Z Flip, we will see another outstanding work from Samsung, which introduces us to folding phones with a touch screen. It’s actually not that unusual, because we’ve seen this design before.

There is a new patent approved by Samsung by the World Intellectual Property Office, known as WIPO. We see a phone with two screens in a new Samsung patent that uses an interesting approach to screens.

There is also a screen on the back of the phone

It looks like the patent application filed by Samsung will include an always-on display for the back panel, which can only display certain information. The screen will take up about 60% of the rear panel with a housing for installing a triple camera in the upper left corner of the back of the phone.

The patent was filed in January last year, and, as with any patent application, there is always the possibility that the innovations mentioned in the application will never see the light of day. But over the past few years, Samsung has become a leading supplier of foldable phones as it has taken the dream of moving from a smartphone to a tablet and turned it into a Galaxy Z Fold, so it cannot give up this patent.

According to the statement, Samsung may be planning to remove a phone with a back-to-front display from the Galaxy A series. What do you think? Please don’t forget to share your thoughts with us in the comments.

Coronavirus: Searches for vaccine soar in the last week