Home Tech Samsung to increase the number of countries sold to Galaxy Fold to... 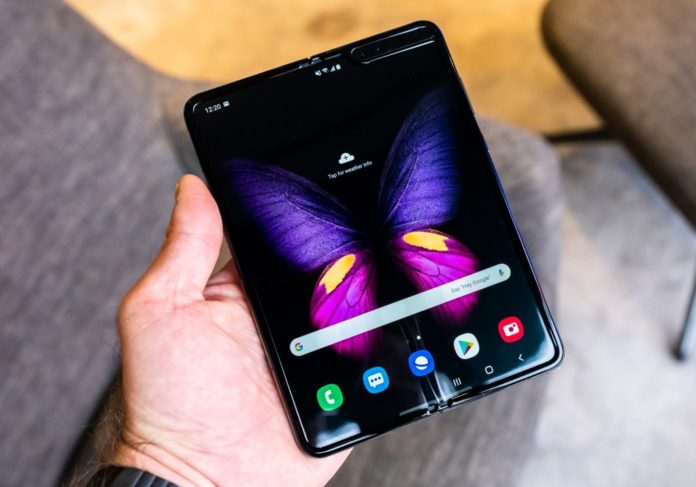 Galaxy Fold, which has never lost its popularity since the day it was presented to the smartphone user and has received more and more demands, will now be sold in 60 countries.

South Korea’s electronics giant Samsung, Galaxy Fold smartphone will expand the number of countries where sales. It is said that the number of countries where the phone will be sold will be increased to 60. The reason of this; A new model, like the Galaxy Fold, was much more interesting than expected. This new decision was officially announced by a Samsung employee on Sunday.

Samsung is expected to add 30 new markets to its sales range from December 2019 to February 2020. With these new markets added, sales figures are expected to increase by more than 500,000.

Samsung employee, “Galaxy Fold” in the countries where the sale of smartphone users, we have received a lot of demand for the sale of the device. The reason for this is that the foldable phone has recently become quite interesting. ”

Among the new countries to be added to the Galaxy Fold sale are Vietnam, Brazil, New Zealand, Chile, Italy, the Netherlands and Greece. Samsung has not yet started selling Galaxy Fold in our country.

Since Samsung introduced the phone in Korea in September, the number of countries selling Galaxy Fold has increased. Currently, Galaxy Fold is sold in 29 countries including South Korea, USA, China, Japan, England, France and Germany.

Samsung CEO Koh Dong-jin, previously made a statement on the Galaxy Fold smartphone sales will be approximately 20 countries and a limited number of sales will be mentioned.

This new decision to expand the number of countries to be sold Galaxy Fold; It is a reflection of the positive comments coming from smartphone users worldwide for the device.

In addition, Samsung is expected to come as the heir to the Galaxy Fold smartphone, and to offer a foldable foldable phone to the user in the second half of the 2020. Details from Samsung; This new phone is folded vertically, which means it will be slimmer and more compact for convenient mobility.

Dyson will use its technology for Corona virus