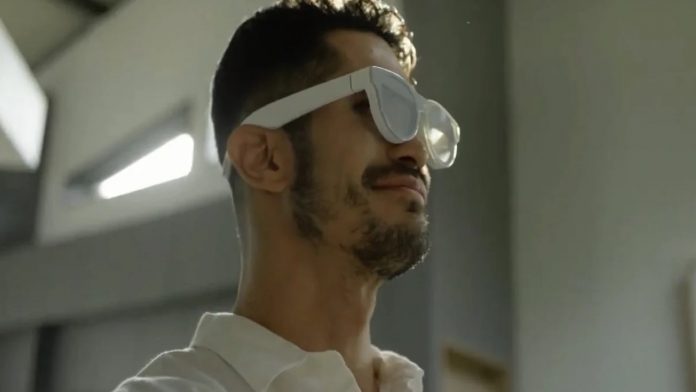 While augmented reality technology continues to become widespread day by day, it has been revealed that Samsung is also working on wearable devices after Apple, Huawei and Microsoft.

In the first video shared by the WalkingCat account, we see the name Samsung Glasses Lite. It can be said that the frames are much thicker on these glasses, but look good in type. Another feature visible from the angle of the video is that there is a transparent screen embedded in the lens.

In the video, which includes sections from general use with the glasses, features such as playing games with a Samsung smartphone, making video calls, using the glasses in portable computer mode with the Samsung Dex stand out.

When you go out with glasses, you can see that it switches to Sunglasses Mode to hide the AR screen and color the shadows. With this feature, you can continue to control a drone thanks to the New Dimension Screen feature of the glasses.

It is unclear what screen technology Samsung is using for these glasses, but the AR screen is almost full frame and the top edges of the lenses are darkened to hide the connection points, showing that this is not just a concept.

and….. this is the 3D holographic version https://t.co/PXDAHjDNWb

In the second video shared, Samsung’s “Next Wearable Computing” vision is explained. The video includes features such as a keyboard that can only be seen with glasses and can be used for typing, a wide field of view with zoom, 3D video call and converting a two-dimensional design to a room scale.

Is iFood machine worth it? See available models, prices and rates

Free Fire: all reward codes and how to redeem them