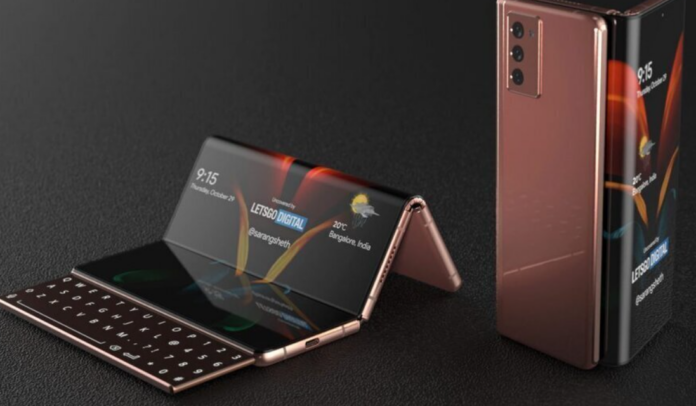 Samsung’s Galaxy Z Fold 2 was a big leap forward compared to the original Galaxy Fold. It turned a concept into a device that users can buy and use as a daily driver without sacrificing much beyond what they had to pay for it, which wasn’t little. But now that the Z Fold 2 has been around for a few months, it’s not as exciting. What is exciting, however, is its upcoming successor, the Galazy Z Fold 3.

The third Fold is already popping here in there in the rumor mill, with leaks suggesting that it will bring not only further refinement of this new class of devices, but some brand-new features as well.

We don’t have much to work with in terms of information, but we have enough to start painting a preliminary picture of this upcoming phone. Where leaks lack, we can allow ourselves to indulge in speculations and make some assumptions, at least at these early stages of the Z Fold 3’s pre-release life. So, let’s just get right to it then!

Starting with an easy but important question: How much will the Galaxy Z Fold 3 cost? We have no rumors to rely on for the price (yet) but based on the previous two Folds, we can safely assume the price will most likely be $1,999 or something in that ballpark. It’s possible that with new features added Samsung might want to push the price a little higher, but that would obviously be a very unpopular move. And a reduction in the price seems unlikely considering other Samsung phones are already occupying the zone around $1,500 quite successfully.

The release of the Galaxy Z Fold 3 is still a while away. The exact date is understandably still unknown, but some insiders have narrowed down the month to June 2021. That leaves you with plenty of time to save some cash if you’re planning to get one. Hopefully, next year things in the industry (and the world) will be going according to plan and we won’t see any delays and reshuffling of releases. We’ve given up hopes for in-person events, however…

The specs of the Galaxy Z Fold 3 aren’t what’s most exciting about it but when the price is so high people naturally expect top of the line specs. And so far that’s mostly been the case. For the Z Fold 3, we expect the SoC of choice to be the newly announced Qualcomm Snapdragon 888. Yes, Qualcomm switched its naming scheme this year, going for 888 rather than 875. The chip will be paired with a generous amount of RAM, either 12 or 16GB and most likely 256GB of storage. Overall, the Z Fold 3 should be as fast as smartphones get next year, at least on the Android side. We never know what Apple has in store for us with the iPhone 13.

This is where things get interesting for the Z Fold 3. Speculations are running wild at the moment regarding what the Z Fold 3 might look like. Some are expecting the phone to come with two hinges that allow the phone to fold in… you guessed it, a Z shape. Those rumors come from Samsung patent application, which shows the company is at least considering such a model. Whether or not it will be the Z Fold 3 is still up for debate. You can see renders of the patented device below:

Samsung added the letter “Z” to the name of its foldable phones last year and it must have done so for a reason. A phone that can fold twice to represent that shape is almost surely in the works. But it feels like the Fold line is not there quite yet. That’s why a safer bet would be that the Z Fold 3 will look like a more refined version of the Z Fold 2, with a single hinge in the middle of the display. Rumors are already suggesting that Samsung has managed to make the new device considerably slimmer. The thickness of the Z Fold 2 when closed is one of its biggest drawbacks as it’s significantly bulkier than regular smartphones. There might also be some slight changes to the overall size, which will affect both displays.

The outside display is already taking up pretty much the whole front panel so there’s not much that can change there. As for the internal, Samsung is working on several improvements, if the leaks are to be believed. Of course, the first and most important one is its durability. The main display will make use of the second generation of Samsung’s Ultra Thin Glass, that can bend at the extreme angles needed for a foldable phone without breaking.

Additionally, the rumors raise hope that the Galaxy Z Fold 3 might be the first Samsung phone with an under-display camera. Samsung wants to remove the hole-punch from the main display and replace it with a camera hidden under the OLED panel. It would make sense for Samsung to make that experiment with the Z Fold 3 since it will likely have a regular selfie camera on the outside, in case some users find the quality of the under-display one unsatisfactory.

The third change to the display is the addition of Samsung’s digitizer technology for it, in order for it to work with…

For a short while, the S Pen was rumored to be on the Galaxy Z Fold 2 as well, but that obviously wasn’t the case. When it comes to the Z Fold 3, however, things are looking much more serious. We’ve said it before and we’ll say it again, the S Pen makes perfect sense for the Z Fold form-factor. A massive display that you can keep in your pocket and unfold when needed to take notes or create digital art on the go, it’s a 21-century artist’s dream. Hopefully, this year the rumors will be true and we’ll finally get a foldable phone with an S Pen.

Cameras have never been the focus of foldables and that’s true of the Z Fold 3 as well. So far, there’s no information regarding the phone’s camera system. It will almost certainly feature at least three cameras: main, ultra-wide-angle and telephoto. It’s possible that some of the sensors will get a bump in megapixels from their current 12 but if you’re looking for Samsung’s best camera system for 2021, you should be looking at the Galaxy S21 Ultra. The Z Fold 3 has other priorities for now.

Lastly, let’s talk about the Z Fold 3’s battery. Or rather, batteries, as they’ll undoubtedly be two of them, one in each panel. No leaks about them yet, but as always, we’re hoping for larger capacity than that of the previous generation, which had a 4,500mAh battery. However, if the rumors about the device being thinner are true, the batteries might remain the same or just slightly bigger. The good news is that the Snapdragon 888 is built using the 5nm process and has an integrated 5G modem, which should make it much more power-efficient. So even if the Z Fold 3 remains with a 4,500mAh battery, we can see a noticeable improvement in battery life.