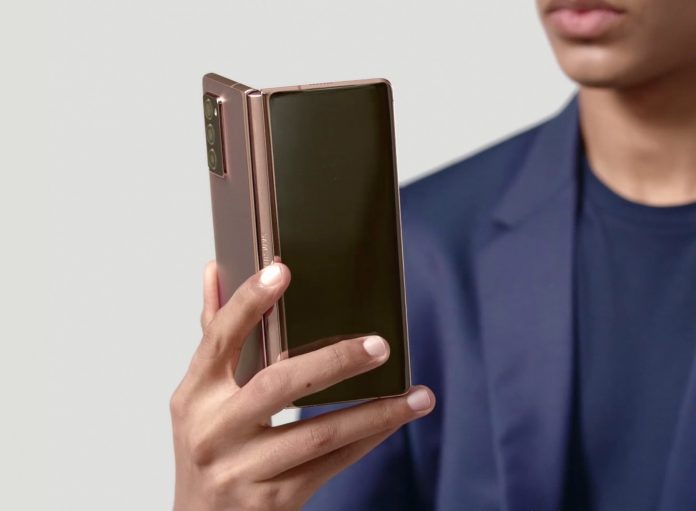 Samsung is preparing to add a double foldable phone to its product line. The claim in question belongs to the Nikkei Asia news media. According to the published news article, the phone can be folded into three parts using two hinges and is expected to be introduced later this year at the earliest.

The aforementioned double foldable phone will be the third product of Samsung’s foldable phone series and will join the Galaxy Z Fold 2 and Z Flip. In addition, new versions of these two existing models are expected to be released within the year.

The design is still under development, according to the report. However, Nikkei’s sources say that its screen may have an aspect ratio of 16: 9 or 18: 9, which is considered standard, which makes it easier for app manufacturers to design applications based on the 25: 9 display in the Z Fold model.

We’ve seen phones that can be folded multiple times before: Xiaomi’s foldable phone prototype was folding at two points, but the company is said to adopt a more Galaxy Fold-like design for its upcoming foldable model. In Huawei’s Mate X2, the folding feature uses a similar design to Samsung’s. It seems a bit ironic that this company is working on a double-fold design, after others have adopted Samsung’s single-fold style of others.

It is possible for Samsung to launch a new type of foldable phone to facilitate the transition to this new type of form factor for more tech-savvy users. Samsung says it might skip releasing a new Galaxy Note model this year, but it hasn’t been able to fully clarify why. There’s been talk of streamlining phone options and a global chip shortage as a reason, but this could also be a test to see if Note users are ready to switch to foldable phones. Samsung may be trying to ensure as much as possible that people find what works for them by offering customers three foldable options to choose from.

The multi-fold phone rollover will depend on how Samsung tackles the chip scarcity that affects the entire industry. Folding phones are more difficult to make than standard smartphones, and if Samsung doesn’t get the chips it needs, the company may retract its plans for it. Still, it’s exciting to hear that the company is working on a third foldable type, as it shows that Samsung still sees this new type of form factor as the future.

Android 12 will have one of the expected functions