Galaxy Tab S8: Without the debut of the brand’s flagship tablet in 2021, Samsung is expected to launch the Galaxy Tab S8 only in 2022. The first renders of the future device were revealed by insider Steve Hemmstoffer, the popular OnLeaks, this Friday (22), and showed the possible look of the device.

At first, the new model maintains the characteristics of other tablets from the South Korean manufacturer. Thus, the device shows several similarities with the “old” Galaxy Tab S6 and Galaxy Tab S7.

As per the images posted on Zouton.com, in addition to the two camera sensors, the Galaxy Tab S8 features a slightly darker area on the back. Apparently, this is the space of the magnetic panel that holds the S Pen.

Although it doesn’t show the exact dimensions, the renders indicate that the device will be thinner and have more rounded edges. Thus, the possible 11-inch IPS LCD display can occupy up to 82% of the device’s body.

According to first information, the tablet will have a biometric sensor on the side. What’s more, the model can have the facial recognition unlock feature that will work with the 8MP front camera.

Finally, the Galaxy Tab S8 must use Qualcomm’s Snapdragon 888 processor, 8GB of RAM and 128GB of internal storage. Another supposed attraction is the 8000 mAh battery with support for 45W fast charging. 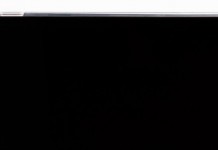