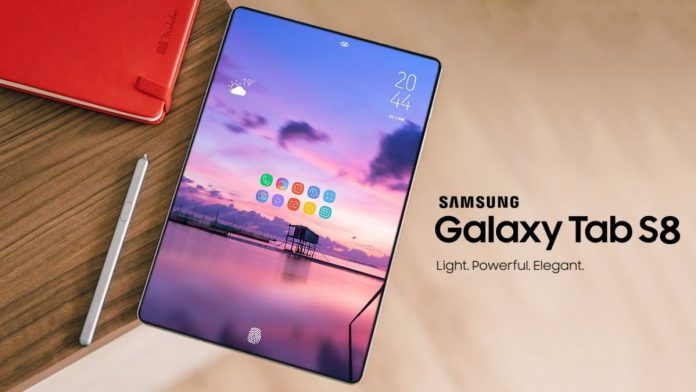 Samsung Galaxy Tab S8 features: Samsung has introduced three devices in the Galaxy S series in recent years. It looks like the company will implement this approach in its flagship tablet series as well. A new leak originating from South Korea shows that there will be three different models in the Samsung Galaxy Tab S8 series, and the sales price of these models.

It is stated that the standard Samsung Galaxy Tab S8 will have an 11-inch 120 Hz display. 13 and 5 megapixel rear cameras, 8 megapixel front cameras, integrated fingerprint scanner on the edge, 8 GB RAM, 128 or 256 GB storage, quad speakers, S Pen, 8000 mAh battery, 45W charging support, 6.3 mm. thick and weighing 502 grams, the case is counted among the features of the tablet.

Samsung Galaxy Tab S8 Plus will come with a 12.4-inch 120 Hz OLED display. This screen will also host the tablet’s fingerprint scanner. A battery with a capacity of 10090 mAh will give the tablet the energy it needs. It weighs 575 grams and measures 5.75 mm. It is stated that the other features of the tablet, which is expected to be thick, will be the same as the standard model.

There is no clear information about the name of the flagship of the trio. However, it seems likely that the tablet will become official with the name Samsung Galaxy Tab S8 Ultra. The tablet’s features include a 14.6 inch 120 Hz OLED display, a dual front camera with 8 and 5 megapixel resolution, an integrated fingerprint scanner and a 12000 mAh battery.