Home Tech Samsung Galaxy Tab S7 + With A Huge Battery With A... 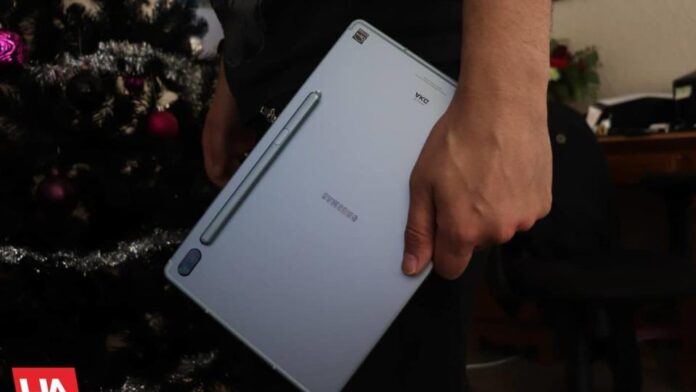 It has been spoken for a while that the Samsung Galaxy Tab S7 + can come with a larger screen size. According to the device’s CCC Document and a new rumor, Samsung plans to support the increase in screen size with a huge battery.

Samsung’s new flagship tablet Galaxy Tab S7 + ‘s CCC Certificate issued in China has been released. The certificate confirming its import by testing the products in various criteria shows that Samsung’s new tablet is close to the market. Certification also indicates that the device will come with a huge battery of 9,800 mAh.

The battery of the Samsung Galaxy Tab S7 + may also come with a higher capacity than the one rated in the CCC Document. According to GalaxyClub’s new report, the battery of the flagship tablet, identified by the model number EB-BT975ABY, will have a capacity of 10.090 mAh.

Overall, the Galaxy Tab S7 + will have approximately 40% higher battery capacity than the Galaxy Tab S6, which uses a 7,040 mAh battery. This change could mean a relatively longer battery life if we take into account the screen, which is expected to be 20% larger. According to previously leaked information, the tablet series will come in 11-inch and 12.4-inch sizes.

Samsung aims to make the premium tablet series competitive with Apple’s new iPad Pro models. In addition to the larger screen and battery capacity, it is said that the Galaxy Tab S7 + will offer a high screen refresh rate. Also, according to the Galaxy Tab S7 + ‘s Wi-Fi Alliance certification, the device will come with Android 10 software. It will also offer 5G and Wi-Fi 6 support.

The Samsung Galaxy Tab S7 family is expected to be officially introduced this summer. On the other hand, the new tablet can be introduced as part of a single event with Unpacked, where Galaxy Note 20 and Galaxy Fold 2 will be introduced due to the coronavirus outbreak.