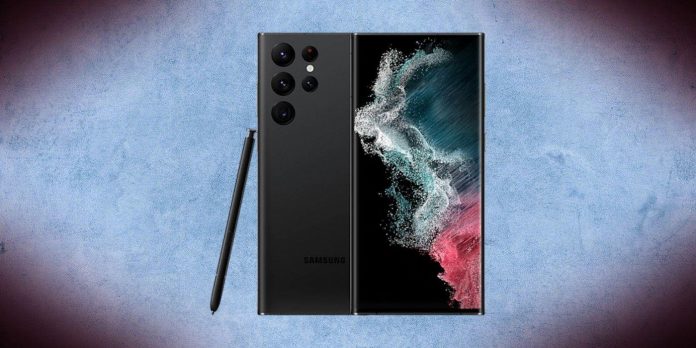 The Samsung Galaxy S23 Ultra is expected to be released early next year, but it may not be as big a generation update compared to its predecessor as some might have hoped for. Due to the fact that Samsung got rid of its famous “Note” series last year, the “Ultra” model in the Galaxy S series performs an additional function as the main phablet in the company’s portfolio. The next device in this lineup is the S23 Ultra, which is expected to offer several notable updates and many other improvements over its predecessor.

Some important technical specifications of the upcoming device have already leaked to the network. According to reports, the S23 Ultra will be equipped with a Qualcomm Snapdragon 8 Gen 2 SoC, which is expected to be unveiled at the next Snapdragon summit this November. Traditionally, the company uses Qualcomm chips in the American and Chinese versions of its flagship S-series, while Europe and India receive their own Samsung Exynos processors. However, it is reported that this year the situation will change: reports suggest that Samsung will use exclusively Qualcomm chips for the S23 series.

In a Weibo post, the prolific Ice Universe analyst stated that the S23 Ultra will still be equipped with a 5,000 mAh battery, just like its predecessor. The informant also confirmed that the device will run on the Qualcomm Snapdragon 8 Gen 2 chipset, but did not confirm anything about Samsung abandoning its plans to use Exynos chipsets in its flagships this year. The company usually uses Qualcomm chips in its flagship smartphones designed for the US and China markets, while most Asian and European countries receive devices based on the company’s own Exynos processors.

No battery upgrade, but a new main camera

The lack of a battery upgrade may disappoint many potential buyers, especially since the Snapdragon 8 Gen 2 chip is rumored to be built on the same 4 nm TSMC process used for the Snapdragon 8 Gen 1 SoC. If the rumors are true, the new chip may not be much more efficient than its predecessor, which means that users you should not expect more efficiency and longer battery life from a new phone.

Meanwhile, some other rumors about the Galaxy S23 Ultra suggest that it may have a 200-megapixel image sensor as the main camera. This is also according to Ice Universe, which recently stated that the device will be equipped with Samsung’s own ISOCELL HP2 sensor as the main camera as an upgrade over the 108MP sensor in the Galaxy S22 Ultra. In addition, another report published late last month also said that the Samsung Galaxy S23 Ultra could come with a 10-megapixel telephoto lens with 10x optical zoom.

Outer Wilds: How to Access the Echoes of the Eye DLC...