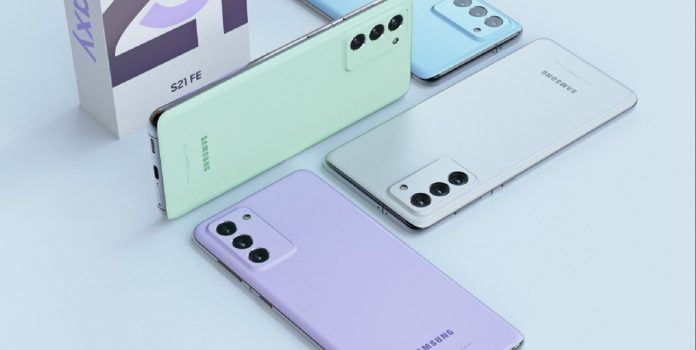 The South Korean technology company recently introduced the Galaxy Z Flip 3 and it was well received by users. In addition, the Galaxy S22 series is also scheduled to launch soon. The Galaxy S21 FE, which is currently being introduced with the Galaxy S21, which is sold for $ 799, may not gain popularity among smartphone users. However, Samsung seems very determined to launch the phone later this year.

The Samsung store, located in an unknown part of the world, revealed that the Galaxy S21 FE will soon become official. The retail store in question showcased the Galaxy S21 FE 5G alongside the Galaxy S21 in what appears to be the demo area. This is quite strange as the phone has not been made official yet.

Max Weinbach, one of the famous leak experts, shared a photo of the Samsung store in a tweet on August 28. In the image, we can see a place reserved for the Galaxy S21 FE, which is a sign that it will soon be in front of users.

Although the smartphone is not visible to users, it is an indication that the brand is preparing to be released soon, based on the published photo. The Galaxy S21 FE was originally scheduled to debut at the Galaxy Z Fold 3 event, but according to Phone Arena it was unable to make its debut due to mobile processor shortages.