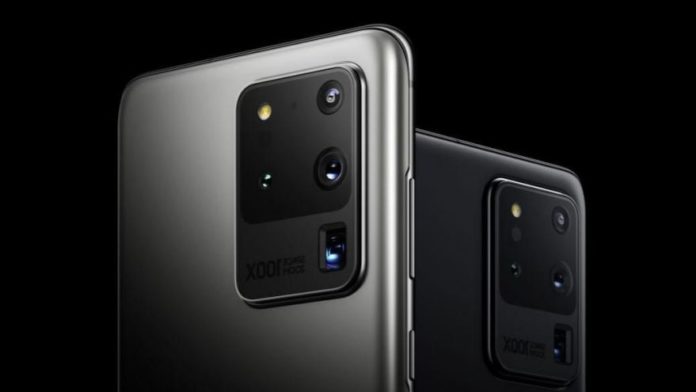 Samsung introduced the biggest and most luxurious Galaxy S20 Ultra in the new smartphone lineup. The phone, the largest of the S20 family, sees it will set the standards for 2020 with its features. Let’s take a look at all the details of the Galaxy S20 Ultra together.

Samsung introduced the Galaxy S20 Ultra at the Unpacked event organized by Samsung, the sales leader in the smartphone market, in San Francisco today. The phone has bigger dimensions and higher technical specifications than its younger brother Galaxy S20 and the family’s middle Galaxy S20 Plus.

Samsung’s Galaxy 20 Ultra, which will be sold with 5G support, seems to bring a brand new breath to the smartphone market. Of course, Samsung wants to take a new step in its reputation competition with Apple, rather than its high-end sales success with its new phone. So what does the Samsung Galaxy S20 Ultra offer us?

The Infinity-O display design, which Samsung previously standardized with the Galaxy Note 10, also showed itself in the S20 family. Thus, the usable area on the front of the device is maximized and the frames take up even less space. When we look at the back of the device in terms of design, the first detail that draws our attention is the rectangular module with rear cameras.

We are faced with the Samsung version of the protruding and cubic rear camera design that Apple has standardized on the iPhone 11 series. This module, which is a little longer and wider, has sensors that give it its right. In fact, Samsung had also tested the rectangular camera module on the Galaxy A51, which it launched earlier this year.

On the back of the Samsung Galaxy S20 Ultra, there is glass. The impact resistance of this glass surface has been increased compared to previous models. Of course, we will see how durable it is with Webtekno-style ruggedness tests. While the device has a length of 167 mm, its width is 76 and the thickness is 8.8 mm.

The S20 Ultra has an aspect ratio of 20: 9 and also features 511 PPI pixel density, HDR10 + support. If you have a state-of-the-art flagship, it may take some time to understand the quality difference on the S20 Ultra’s display, but it must be said that Samsung has done its part in terms of the screen.

The rear cameras of the Samsung Galaxy S20 Ultra:
The 108 MP resolution sensor that Samsung agreed to be used in the Xiaomi Mi Note 10 Pro last year is the main camera in the Galaxy S20 Ultra. The secondary camera receives support from another ISOCELL sensor with a resolution of 48 MP, which will be responsible for telephoto shots. In addition to these two, there is one ultra-wide responsible 12 MP Sony sensor and one ToF sensor.

It is possible to record 8K video with the camera system in Galaxy S20 Ultra. In addition, by recording 4K and Full HD video at higher frame rates, you can follow a period two steps ahead that even 8K TVs have not become widespread.

Samsung Galaxy S20 Ultra performance:
Samsung uses the Snapdragon 865 on all Galaxy S20 devices apart from its processor Exynos 990. We expect that the sale of 990’l Exynos model in Turkey. But let’s say the Galaxy S20 Ultra has 5G support by default, regardless of the chip maker.

In fact, both SD 865 and Exynos 990 have 7 nm EUV technology developed by Samsung. Thanks to this technology, the chips that take up less space offer higher performance with lower energy consumption. While both chips have four ARM Cortex A55 cores, Snapdragon 865 has four A77s. Exynos 990 has two A76 and Exynos M5 cores instead of A77.

Battery and fast charging:
The Samsung Galaxy S20 Ultra has a 5,000mAh battery. This battery, which has an ideal capacity for energy consumption of both 5G and its giant screen, seems to not cause problems in daily use.

Having USB Type-C connection, Galaxy S20 Ultra also has reverse charging support, which will be compatible with other Galaxy phones. It also promises long-term use in a short time with fast wireless charging and 45W super fast charging.

Samsung Galaxy S20 Ultra release date:
The new Galaxy S20 series will be available in the USA on March 6 and in the UK on March 13. At this point, the pre-sales of the phone in our country will continue until March 5. The phone is said to enter stock on March 6.

Redmi K40 introduced: here are the specs and price