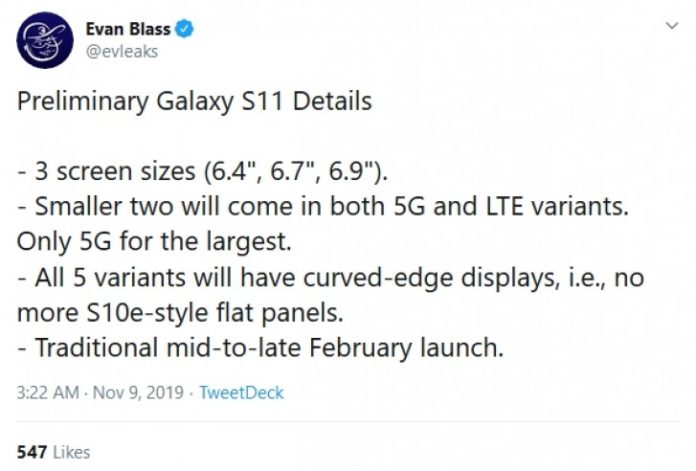 Samsung Galaxy S11 family of smart phones in three different sizes and a total of five different variants are claimed to come, all models will support 5G said.

Samsung, one of the biggest names in the smart phone market, will introduce the Galaxy S11, the newest members of the flagship series Galaxy S family, not too far away. As it stands, new claims have emerged about the phone.

Even Blass, a Twitter user, was known for sharing information from within the industry. Blass’s latest sharing was for the new Galaxy S11. According to this post, the phone will have 3 different sizes.

-Two smaller phones will have 5G and LTE variants. The largest is only 5G.

-All 5 variants will also have curved edge screens, so S10e-style flat panels no longer exist.

-Traditionally mid-February will be released.

PS5: Huawei would seek to compete with the new console!