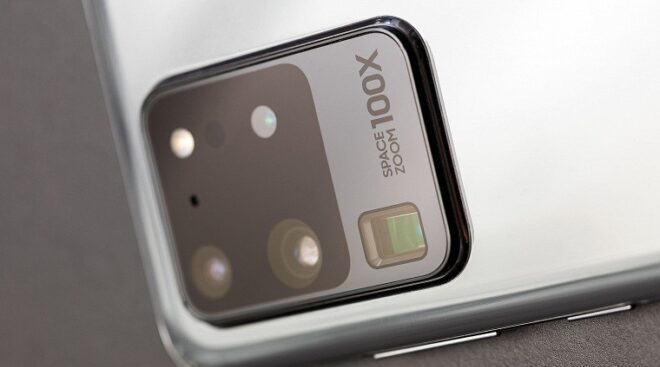 Ice Universe, one of the names known for the insider information in the smartphone world, shared the possible camera features of the Galaxy Note20 Ultra through its Twitter account. Ice Universe had previously revealed accurate information about Samsung phones, so we can say that these claims can be true.

Although the Galaxy S20 Ultra has some pretty impressive features, the use of high zoom ratios combined with the slow focusing main sensor made it a difficult phone to take pictures. It is also stated that the laser depth sensor will be used in the device, which is predicted to help the problem and make it easier to use.

There are also various rumors about the camera modules used in the standard model. It is claimed that the Galaxy Note20 will have a 3x zoom telephoto camera used in the Galaxy S20 and Galaxy S20 Plus, which seems quite likely when we consider the cases.

Another thing seen from the cases is that the volume up, down and power buttons will be located on the right side of the devices. Allegations include that the Galaxy Note20 Ultra will have a curved, Galaxy Note20 will have a flat screen, but it is not possible to tell them by looking at the cases.

Looking at the hardware features, both devices are predicted to have a 120 Hz refresh rate display, 5G connection support and Snapdragon 865 or Exynos 990 chipset. It is also said that the modified S Pen will have some new features. The differences between the two devices appear in screen sizes and RAM. The Ultra model is expected to have a 6.87 inch display and the standard model a 6.42 inch display.

It is said that these new devices of Samsung will be released on August 5. The South Korean tech giant is expected to introduce Galaxy Fold 2, Galaxy Watch 2 and Galaxy Tab S7 devices along with the Galaxy Note20.

What Is A VPN Network And Why Its Use Has Skyrocketed...