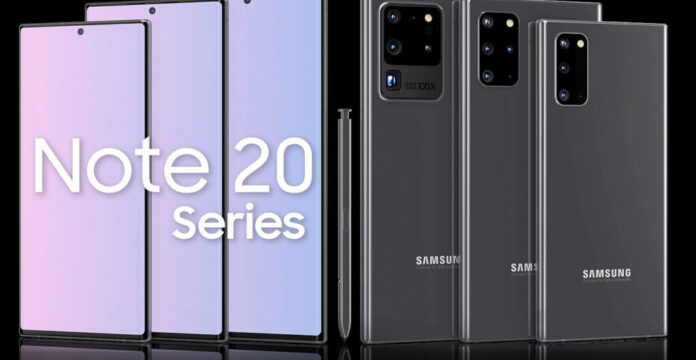 It is claimed that the new member of the Galaxy Note series, which is one of the flagship devices of Samsung, will be introduced on August 5. It was stated that besides Note20, the event, which will introduce many different devices, will be held digitally on August 5.

Ice Universe, one of the sources known for revealing information about Samsung, stated that the company planned to hold an event on or after August 5, in a post it made. If this information revealed by Ice Universe is correct, it means that we will see Samsung devices that can use S-Pen earlier than expected.

According to a claim made in China’s social media platform Weibo, Samsung will be releasing the Galaxy Note20 and Note20 Ultra, as well as the foldable smartphone Galaxy Fold 2 and the 5G version of the Galaxy Z Flip. In addition, it was claimed that Samsung will release the Galaxy Tab S7 and Galaxy Tab S7 + tablets and Galaxy Watch 2, which means that if these claims are true, we will see Samsung’s richest activity years later.

In a news article in Dong, a site that publishes in South Korea, Samsung’s homeland, a source allegedly received information from Samsung. The claims of the source on which the site bases its news are as follows;

“There are discussions taking place within the company, but the plan has been determined as the most suitable plan for organizing the Galaxy Unpacked event on August 5. As COVID-19 continues to spread and protests against racism in the US continue, this year’s event is likely to be held in digital media. ”

The origin of the news site that includes this claim dates back to 1920. It is also an institution that won the Samsung Journalism Breaking New award in 2013. Therefore, we can state that these claims should not be immediately forbidden. The Galaxy Note series, previously introduced in September, was introduced in August two years ago. Of course, it should be said that it is very difficult to predict such things because of the epidemic.

How the search for perfect AI is polluting the planet