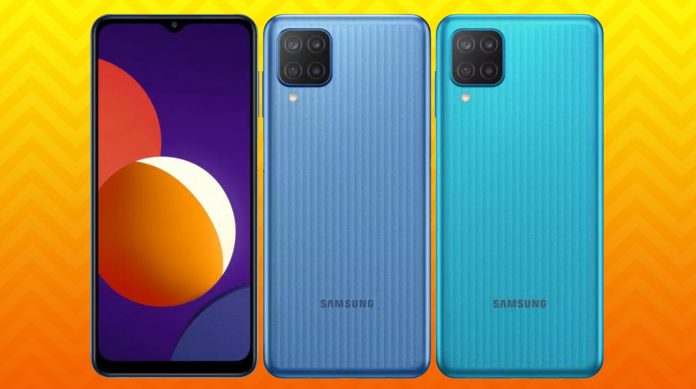 Samsung announced the Galaxy M12 with the launch in India. It attracted the eyes with its ambitious features compared to the budget-friendly smartphone price. The device with the highest screen refresh rate of the series stood out with its 48-megapixel main camera and a large battery capacity of 6,000 mAh.

Coming with a 6.5-inch Infinity-V display, the new Samsung phone was supported with a refresh rate of 90Hz. The model with Corning Gorilla 3 glass protection system is powered by 8nm 4G enabled Exynos 850 chipset. The device that came out of the box with Android 11 was introduced to consumers with the One UI user interface.

The model with 4GB or 6GB RAM capacity is paired with 64GB or 128GB storage options. However, for users who do not want to be content with this, there is also an expandable microSD card slot up to 256GB. The device, which has a side-mounted fingerprint scanner for security, has a large battery of 6,000 mAh; In addition, 15W fast charging support was prepared.

Inside the square setup, 48 megapixel ISOCELL GM2 primary sensor is included in the device with quad camera module. In addition, while 5 megapixel ultra wide angle sensor draws attention; There are also two 2-megapixel lenses for macro shots and the depth sensor. On the front, there is room for an 8-megapixel camera for video chats or selfies.

The Samsung Galaxy M12, which will go on sale in Amazon India on March 18, is available in blue, black and white color options. The prices of the device are as follows: