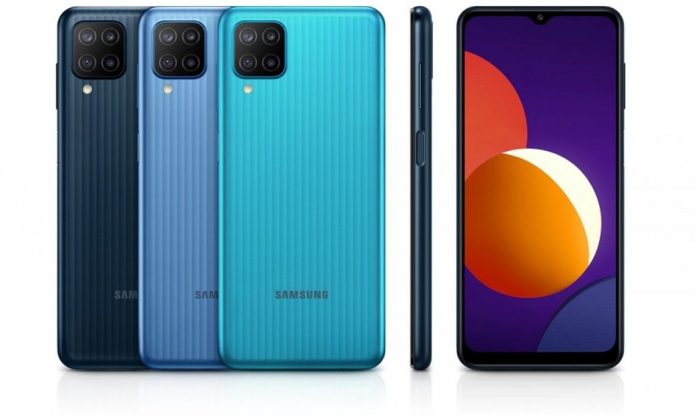 The Samsung Galaxy M12 has finally come to light after a period of ongoing leaks. The prominent feature of the smartphone is its large battery with a capacity of 6000 mAh. In the rumors about the Galaxy M12, it was claimed that the phone will come with a 7000 mAh battery.

This battery, which has 15W charging support, is charged through the USB-C port. With Galaxy M12, it is possible to surf the web for 24 hours, watch videos for 23 hours and listen to music for almost five days.

The smartphone has a 6.5-inch sized PLS LCD screen. This screen has an aspect ratio of 20: 9 and HD + resolution. The notch on the Infinity-V screen hosts the front camera. 3.5 mm. The phone with headphone jack carries a single speaker.

On the back of the Galaxy M12, there is a quad camera system. Here, the 48-megapixel camera takes over as the main camera. The sensor in question is capable of recording 1080p video. A 5 megapixel ultra wide angle camera, 2 megapixel macro camera and 2 megapixel depth sensor complete the system. The resolution of the phone’s front camera is 8 megapixels.

Galaxy M12’s processor name has not been disclosed. However, the 2.0 GHz octa-core processor is thought to be the Exynos 850. This processor is accompanied by 3, 4 or 6 GB of RAM. The phone’s internal storage options are 32, 64 and 128 GB. The fingerprint scanner of the 4G phone with dual SIM support is also placed on the power button.

Three color options are available for the Samsung Galaxy M12: black, blue and emerald green. The smartphone will be on the shelves in Vietnam with 32 and 64 GB options in the first place. No information has been given about the price.