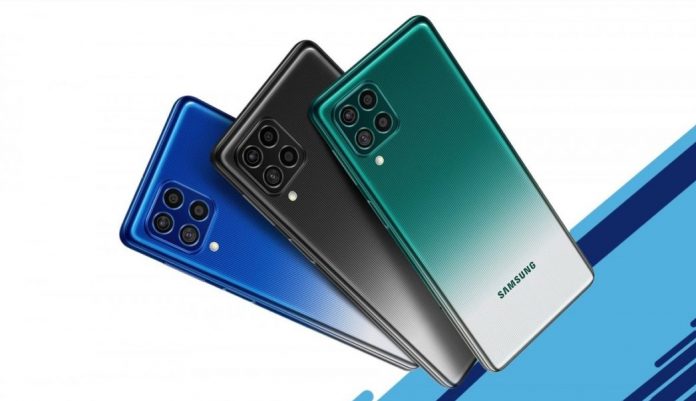 The Samsung Galaxy F62 is officially the newest addition to the Galaxy F series. The most striking feature of the smartphone is its 7000 mAh battery. Galaxy F62 is the second device in Samsung’s catalog with a battery capacity of 7000 mAh. The company first included such a large battery in the Galaxy M51. A 25W charging adapter comes out of the smartphone box. The back panel of the phone has a dual-tone laser gradient design.

The Galaxy F62 has a 6.7-inch Infinity-O AMOLED Plus display. There is a 32-megapixel front camera on the Full HD + resolution screen. There are four cameras on the back of the smartphone. The 64-megapixel sensor serves as the main camera. A 12 megapixel ultra wide angle camera, 5 megapixel macro camera and 5 megapixel depth sensor complete the system.

At the heart of the smartphone is the Exynos 9825 processor, which Samsung started to use in the Galaxy Note 10 series. This processor is accompanied by 6 or 8 GB of RAM. Internal storage is 128 GB.

The most striking aspect of the Galaxy F62 is, as we mentioned above, its 7000 mAh battery. 9.5 mm. thick phone, comes out with Android 11 operating system and One UI 3.0 user interface.

There are three color options for Galaxy F62: Laser Green, Laser Blue and Laser Gray. The smartphone will be launched in India as of February 22.