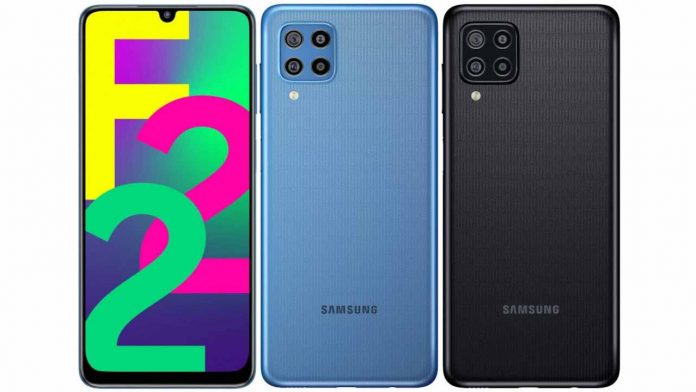 Samsung Galaxy F22 goes official.Samsung Galaxy F22 has finally been unveiled in India. The South Korean manufacturer is releasing the Galaxy A22 to the Asian market under a different name. At the heart of the smartphone is MediaTek’s Helio G80 processor, while four rear cameras and a Super AMOLED camera are among the phone’s features.

The 48-megapixel main rear camera is accompanied by an 8-megapixel ultra-wide-angle camera. Two 2-megapixel sensors complete the system. On the front of the phone is a 13-megapixel camera.

A 6000 mAh battery gives the smartphone the energy it needs. This battery stands out as one of the key features of the phone. The 6.4-inch Super AMOLED display has HD+ resolution. The refresh rate of the screen is 90 Hz. However, the fingerprint scanner of the phone is placed in the power button instead of in the screen.

There are two configuration options for the Samsung Galaxy F22, 4GB RAM and 64GB storage, and 6GB RAM and 128GB storage. The smartphone will launch on July 13 with prices starting at Rs 12,499.