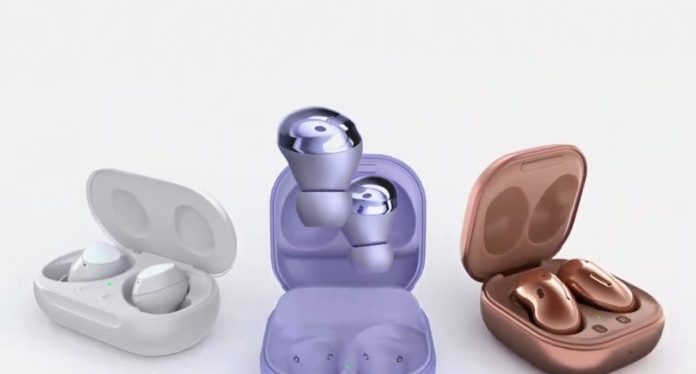 Samsung Galaxy Buds Pro finally officially appeared after many leaks. Introduced at the Galaxy Unpacked event with the Galaxy S21 series, the wireless headset is the newest member of the Galaxy Buds family.

Galaxy Buds Pro, which has noise canceling feature, offers a new design by combining the design elements of Buds Live with Buds and Buds Plus. Samsung underlines that the result is more ergonomic. Stating that the sound quality has increased, the company stated that the contact with the ear has decreased and the earphone will protrude less.

Samsung is bringing the active noise canceling feature handy for the first time in Galaxy Buds Pro. While this feature was also available on Galaxy Buds Live, it was not possible for noise cancellation to work effectively due to the open design. Samsung points out that the triple microphone system can reduce background noise by 99 percent.

Samsung Galaxy Buds Live offers two levels for active noise cancellation, high and low. There are four different levels for ambient sound. Thus, users are provided with a more effective control opportunity in terms of communication with the outside world. Galaxy Buds Pro also has voice detection feature. This feature detects when the user is starting to speak and switches from active noise cancellation to the selected ambient sound mode. Users also have the ability to specify the period of time that Galaxy Buds Pro will return to normal operation.

Samsung does not neglect to emphasize call quality. Galaxy Buds Pro has a system called Voice Pickup Unit that extracts unwanted sounds with the help of three microphones and accelerometer. One of the outer microphones specifically suppresses background noise. To reduce wind noise, Samsung’s Wing Shield feature is also waiting for users in Galaxy Buds Pro.

Samsung underlines that the Galaxy Buds Pro offers the most satisfying sound experience of the series. Offering Dolby Head Tracking technology under 360 Audio feature, Samsung is able to create a multi-dimensional experience like surround sound systems. Thus, it becomes possible for users to feel the direction of the sound. 360 Audio, which can be used on all Galaxy phones and tablets, can be activated via the Galaxy Wearable application.

Galaxy Buds Pro can record multi-microphone audio. While recording video with the connected Galaxy phone, human voices can also be recorded with the Samsung Galaxy Buds Pro. It is worth remembering that the tools in question work in the Samsung Camera application.

Galaxy Buds Pro can automatically switch between Galaxy devices. In other words, while watching a video on the tablet, the headset is automatically connected to the phone when a call is received. After the phone call is completed, it turns back to the tablet.

Galaxy Buds Pro has IPX7 water resistance certification. This is the pinnacle of durability for the Galaxy Buds series. The headset continues to operate at a depth of 1 meter for 30 minutes. The SmartThings Find app also helps locate Galaxy Buds Pro.

While active noise canceling and Bixby wake-up features work, Galaxy Buds Pro is promised 5 hours of battery life. With the charging box, this time goes up to 18 hours. When these features are turned off, their working time increases to 8 hours and 28 hours, respectively. A 5 minute charge makes it possible to listen to music with the Samsung Galaxy Buds Pro for 1 hour. The battery of the charging box can be charged wirelessly.

ASUS Announces: ROG Phone 2 Will Be Out of Stock for...

Application You Can Easily Color Black and White Photos