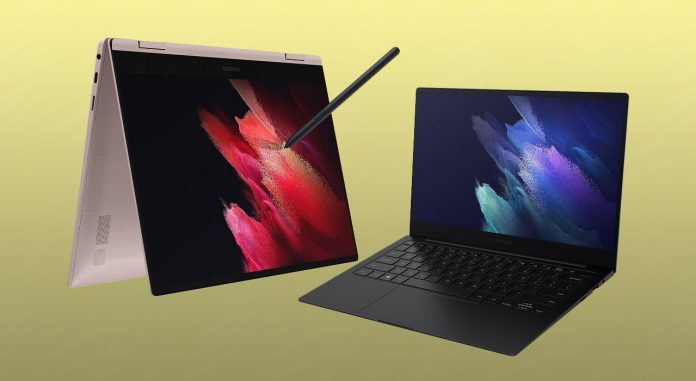 Thanks to the information and images that Evan Blass sent to Voice, many features and details were revealed. According to the leaked information, Book Pro and Book Pro 360 computers will be released in early April.

Samsung’s new laptop models will be rich in color options. While the standard version Galaxy Book Pro computer has both blue and silver designs; The 360-degree version will be available in dark blue and gold colors.

On the other hand, according to the information provided by Blass, the Pro 360 version will support Samsung’s S Pen pen. In this way, it will be possible to make digital drawings on the devices. The images show that the laptops will come out with keyboards with numpad support. In addition, it is among the leaked information that the Pro 360 laptop will have a USB Type-C port, headphone jack and microSD card slot. However, it is estimated that the Book Pro version will have a Type-A port.

The Pro 360 laptop can be fully folded back and forth. According to information from Sam Mobile and Walking Cat users, the computers are reported to have OLED displays and Thunderbolt 4 interface support. LTE support is also mentioned as network technology.

There is no information about the prices of laptop computers yet. What are your ideas about new Samsung devices? Do not forget to share your views with us.

Facebook Took The First Step To Establish A Virtual Universe!