Home Tech Samsung Galaxy A52 5G on sale without being introduced 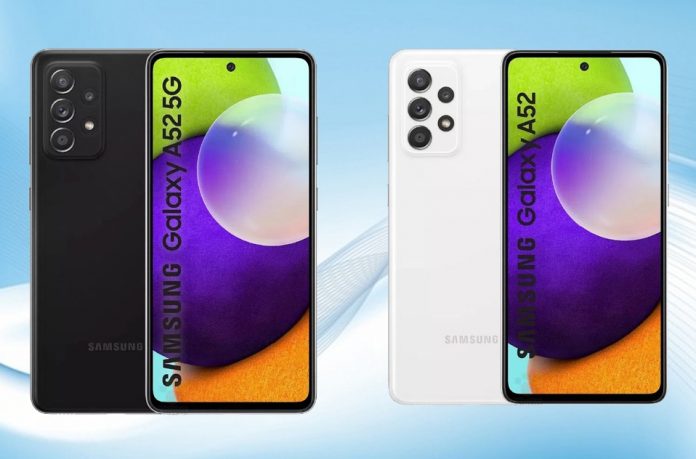 The Samsung Galaxy A52 5G, which is expected to be introduced to the market for a long time, was seen listing on a retail site today. Saudi Arabia based online shopping platform; revealed the device with all its technical features, price and photos.

Samsung, which made a lot of attention with the Galaxy A51 model last year, now came up with the phone that is the continuation of this device. Although the device to be released under the name Galaxy A52 5G has not yet become official, it has been offered to consumers on the platform called Jarir. Interestingly, this phone, which was not even launched, was added to the shelves with a 24-month warranty from Samsung.

The highly anticipated A52 5G device on the market was designed with a 6.5 inch Super AMOLED display module. Promising 1080 x 2400 pixel resolution quality, the device is equipped with a fingerprint reader and Gorilla Glass glass protection technology. Powered by the Snapdragon 750G chipset developed by Qualcomm, the device is paired with up to 8GB of RAM and 128GB of internal storage. In addition, an expandable microSD card slot up to 1TB is included for users who do not want to be content with this memory capacity.

Let’s come to the camera module… According to the information listed on the Jarir platform, the Samsung Galaxy A52 5G has a 32-megapixel sensor on the front. In the back, the 64 megapixel main camera welcomes the consumers; it is accompanied by a 12 megapixel ultra wide angle lens and two 5 megapixel sensors. It is also emphasized that the device can record 4K video.

The smartphone, which serves long hours thanks to its 4,500 mAh battery capacity, is supported by a 25W fast charging system. Finally, according to the information on the list, the device meets its users with the Android 10 operating system.

The selling price of the Samsung Galaxy A52 5G, which is still listed on the Saudi Arabia-based shopping platform, seems to be 1,650 SAR.