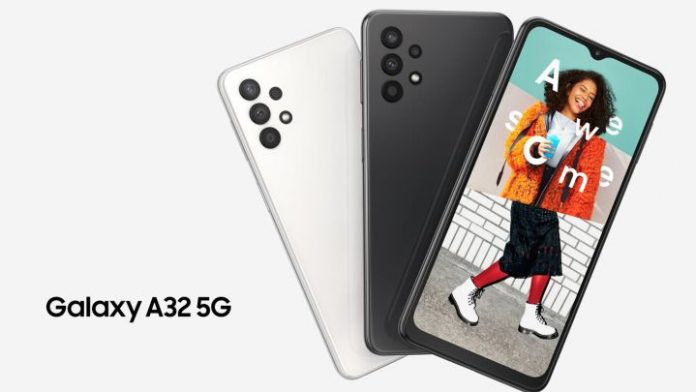 We are in a just released 2021 and in the field of telephony three words sound together: cheap 5G mobiles. The chips are better in the high-end, but the standardization of the new telecommunications line begins. No manufacturer wants to be left behind in this new segment for many who have waited to get hold of a terminal with these characteristics such as the Samsung Galaxy A32 5G.

Samsung has been one of the most important firms during these years for its innovation in the field of mobiles. It is also one of the pioneers in putting a 5G chip on its smartphones, but this only happened in the high-end until now. The antennas with the new connectivity are cheaper and that means bringing better mobiles to the market of the lower segments.

The proof of this we have with the Galaxy A32 5G that he presented today. It is a simple 6.5 ”terminal on its Infinity-V screen with HD + resolution. Here a 13 MPX camera is housed, while three sensors are placed at the rear. These are not located in an encapsulation as we have seen in other terminals of the competition and they boast of having a composition of main sensor, ultra wide angle and macro of 48 + 8 + 5 MPX respectively. It has an additional lens that is a 2 MPX depth sensor.

If we go inside the device we find a surprise in the processor since it mounts a MediaTek Dimensity 720. This will be accompanied by 4.6 or 8 GB of RAM with 64 or 128 GB of internal storage expandable by microSD. Of course, it has 5G, NFC technology, 3.5 mm jack and a fingerprint reader on the side as is the trend. If we go to autonomy, the Galaxy A32 has a generous 5,000 mAh battery.

What is QLED, technology used in smart TVs