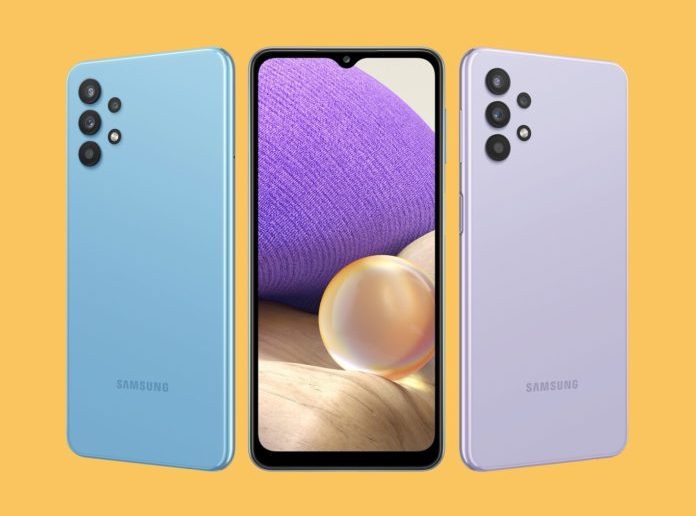 Samsung Galaxy A32 5G has finally become official after a period of ongoing leaks. The smartphone will be available in Europe on February 12, starting at 280 euros. For this price, it will be possible to purchase a 64 GB version of the phone. For the 128 GB version, you will have to pay 300 euros.

Samsung has not provided information about the phone’s processor for now. However, according to unofficial sources, Dimensity 720 is at the heart of the phone. Samsung is content with stating that this processor is eight-core and 2.0 GHz. The phone’s RAM options are listed as 4, 6 and 8 GB. It is possible to increase the storage space of the phone with the MicroSD card.

The Galaxy A32 5G is powered by a 5000 mAh battery. This battery, which has 15W charging support, is charged through the USB-C port. The fingerprint scanner of the phone is also placed aside.

Galaxy A32 5G has a 6.5-inch TFT LCD screen. This screen offers HD + resolution. There is a V-shaped notch on the screen, which is defined as Infinity-V. This notch hosts a 13-megapixel front camera. Although it is said that the screen is protected by a reinforced glass, no information has been given about the details.

There is no camera protrusion on the back of the smartphone. In the quad camera system, the 48 megapixel sensor is the main camera. An 8 megapixel ultra wide angle camera, 5 megapixel macro camera and 5 megapixel depth sensor complete the system.

The Samsung Galaxy A32 5G will be presented to users in four color options, black, white, purple and blue. No information has yet been given about the phone’s release date outside of Europe.