Home Tech Samsung Exynos 2100, This is the processor that is coming 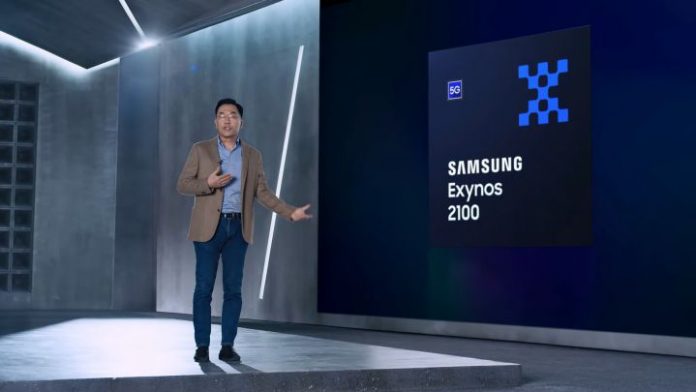 The processor is the heart and brain of the smartphone. It is the part that gives all its capabilities to the terminal, although the use of these characteristics and how to distribute the power depends on the model. Each has its own capabilities and there are several big-name companies on the market. Samsung is one of them and has finally presented the Exynos 2100, the processor that comes with the Galaxy S21.

When it comes to an avant-garde mobile, you cannot skimp on features, especially if it is your own phone. This lesson has been learned a lot at Samsung after seeing what the competition is capable of and for its next smartphone it also wants to be up to the task. And for that it shows what will be the processor of the Galaxy S21 which it has dubbed Exynos 2100.

The processor of the Korean house promises occupying a space of 5 nm where all the power is condensed. The company puts a chip on the board that promises great improvements in consumption and performance. It may not seem like a lot if we tell you that it improves by 20 and 10 percent respectively, but it shows when using the terminal. Especially gamers will have in hand a Mali G78MP14 chip that will provide fluidity and stability to the games in each session.

But these are not the only improvements, since one of the strengths of the Samsung Exynos 2100 is the multimedia. The reason lies in the maximum capacities of the lenses that it can support since it reaches no less than 200 MPX, slightly less than double that of the previous version. This is if a single lens is used, since if we go to a dual system we have a 32 + 32 MPX tandem. Let’s no longer talk about what the formats are, which we break down below.

The 8K was the spearhead for the most demanding users when it came to recording and now it comes back with improvements. Added to the capabilities we saw last year (8K at 30fps and 4K at 120fps) is an increase in frames per second at maximum resolution. Conclusion: we will find 8K at 60 fps.

As you can see, there are many things that the Exynos 2100 provides. It will be available for the arrival of Galaxy S21, but the question is whether the Korean company will bet entirely on a device with the house chip for all markets or will there be variants with it latest from Qualcomm. We will know that very soon, but what is clear is that with a home processor the cost is reduced and the price becomes more tempting for the user.