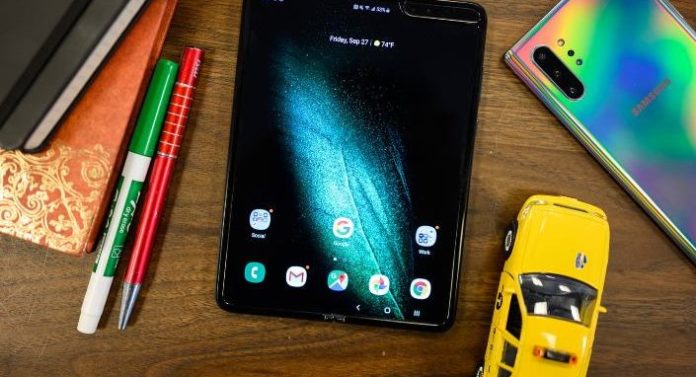 Samsung, this year’s most controversial phone Samsung Galaxy Fold what can achieve with those who ask questions, gather. According to the data announced, Samsung managed to surpass Sony’s total sales with only Galaxy Fold.

Samsung’s first foldable phone, the Samsung Galaxy Fold, was perhaps one of the most controversial devices of this year. Launched in April after the introduction of the device in February, many technology fans had drowned the dreams and a few hours of use as a result of pert.

Of course, the price of the device met the incredibly expensive and even more upset the buyers. But we have some absurd data on this device. Despite all the problems, the total sales figure of the Samsung Galaxy Fold surpasses Sony’s overall sales figure.

Samsung surpasses Sony with just one device:
As you can imagine, Sony hasn’t had a good time lately in the smartphone market. Currently Sony has two top segment phones: Sony Xperia 1 and Xperia 5. There are also two middle segments: Xperia 10 and Xperia 10 Plus. However, none of these phones have been able to match the estimated number of sales.

We shared that the Samsung Galaxy Fold sales figures were announced in the news we made the other day. According to data announced by Samsung Galaxy Fold, 1 million units caught the sale. Although the device has been on the market for only three months and has a very high price tag, it has achieved such success.

When we look at this data, we can see that Samsung only exceeded the total sales of Galaxy Fold and Sony in the last quarter. So Samsung’s success with the foldable phone gives us some insight into the future of the foldable phone. In addition, Sony hopefully recover as soon as possible and can be a competitor again.