Home Tech Samsung devices that will receive the One UI 3.1 update 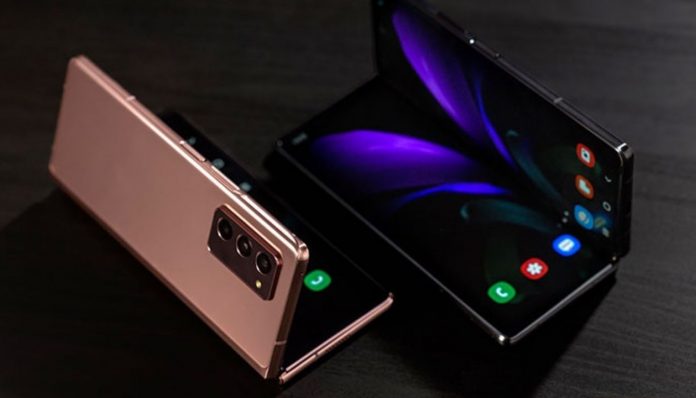 With the One UI 3.1 update launched by Samsung, more Galaxy users will now be able to benefit from new features and camera improvements. With this update, some features we have seen for the first time with Galaxy S21 Series devices will meet with users in many models such as Galaxy S20, Galaxy Note20 and Galaxy Z Series. Samsung has also published a list of Galaxy devices that will receive updates.

“At Samsung, we are committed to continuing to provide our users with up-to-date mobile experiences throughout the lifecycle of our devices,” said TM Roh, President and CEO of Samsung Electronics Mobile World. After the release of 3rd generation Android operating system upgrades for selected Galaxy devices, we are offering new and powerful features to our users at the same time. The latest One UI 3.1 update we released is one of the important steps we have taken within the framework of this mission we carry. ” said.

Galaxy S21 Series with One UI 3.1 feature makes it easier than ever to capture stunning photos and professional-level videos with its new and amazing camera features. Owners of devices that will benefit from the One UI 3.1 update will have the opportunity to experience the following features.

Users will never miss a moment with the advanced One-Click Multi Shot feature that can capture images in still image and video formats simultaneously with a single touch. The new Object Delete tool that comes with the One UI 3.1 update also helps to get the perfect image after shooting. Users can use this smart photo editing tool to effortlessly remove unwanted parts from their photos without the need for time-consuming manual editing. When they want to delete distracting objects, when they touch the area they want to remove, the relevant area is automatically selected and deleted.

The One UI 3.1 update also includes advanced touch auto focus and auto exposure control features. Thanks to these features, the focus and brightness of the photos can be changed more easily than ever before, so the best frames can always be captured. By simply swiping left or right on any part of the screen, the brightness of the image can be adjusted before shooting.

See Also
Samsung will offer One UI 3.1 to phones for a year

One UI 3.1 also introduces the new Multi-Mic Recording feature. This feature enables audio recording of both the phone and connected bluetooth devices such as Galaxy Buds Pro, Galaxy Buds Live and Galaxy Buds + while in Professional Video mode. Whether it’s a vlogger, someone who takes a scene they want to be heard from a distance, or a musician who wants to record their own voice and instrument sounds separately for a more professional sound, users can use the Multi Mic Recording feature to let their creativity express, and great videos that appeal to both the eyes and the ears can shoot. The Gallery application, where the best frames and favorite moments are saved, has also been updated. The gallery now groups and organizes videos and photos in a stream that is more compact and easier to navigate.

New smart features in One UI 3.1 that improve everyday life

One UI 3.1’s new Eye Protection Shield mode, which automatically adjusts the blue light according to the time of day, is accessed through Settings. Using the warmer shades of the Eye Protection Shield, it is easier to fall asleep at night. In addition, the colors of the device screen can be adjusted automatically throughout the day or the user can customize these settings.

With the new One UI 3.1 update, the Galaxy ecosystem experience is also becoming seamless and fluid. In addition to the compatible interface that makes switching from phone to tablet effortless, there is no sound interruption when switching between Galaxy devices, with the Auto Switch feature on Galaxy Buds Pro, Buds Live and Buds + devices. When users are listening to their favorite song or podcast while watching a video on their phones, they can enjoy more immersive and realistic sound quality thanks to the 360 ​​Degree Sound feature when pairing the Galaxy Buds Pro with their compatible phones.

For more information about One UI update, you can visit www.samsung.com/one-ui.

Boston Dynamics robots dance to ‘Do You Love Me?’