Home Tech Samsung Demonstrates The Speed Of 6G Versus 5G 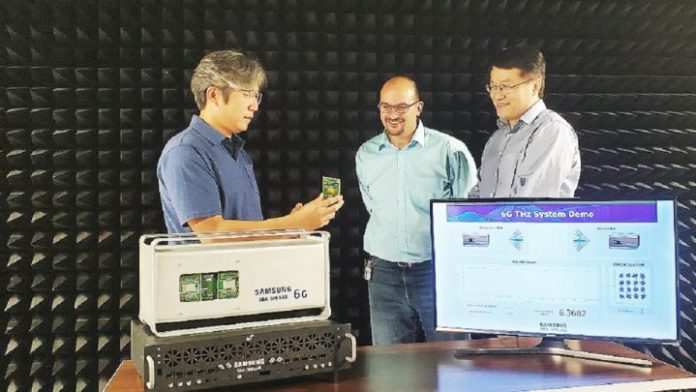 Samsung: 5G is on its way to becoming the Internet standard on all mobile devices. But until that time comes only two things remain: use the current 4G, which is really good, and wait for the next generation of speed. Is this possible without having made the leap to 5G? In Samsung they believe that it is and they demonstrate it with new tests to verify the power of the 6G waves.

The 6G is already on the way

Anyone who has a smartphone knows that if he has a data rate he has Internet access anywhere. Speed ​​is also important, but that depends on two things: the first is that in your country there are antennas prepared to distribute waves through the most powerful spectrum, the second is that the antenna of your phone has the necessary power to capture it. Today it is not difficult to find a 5G phone, something that has yet to be standardized.

But science and technology advance relentlessly and while many await 5G with open arms Samsung has already demonstrated 6G. Thanks to the help of the University of California at Santa Barbara, they have created a device with which to navigate at frequencies of 140 GHz and with a bandwidth of 2,000 MHz. This has allowed the navigation speed to reach 6.2 Gbps at a distance of up to 15 meters from the receiver. Let us remember that these tests have been developed in a closed environment and that in the future this technology could give more of itself both in extension and in power. And it is that many predict that 6G will be up to 8,000 times faster than 5G, although to solve this we will have to wait.

It may be too early to talk about 6G, although at the time Donald Trump already asked to have it to overtake Chinese companies. It seems that his dream of the former American president is fading at least for the moment, but what is clear is that it is a matter of time before this technology improves and brings great news to the market. When that moment comes, it will only be that the radio spectrum is ready, but that the terminals and antennas are compatible for use, a moment that could be about nine years away in 2030 at the earliest.