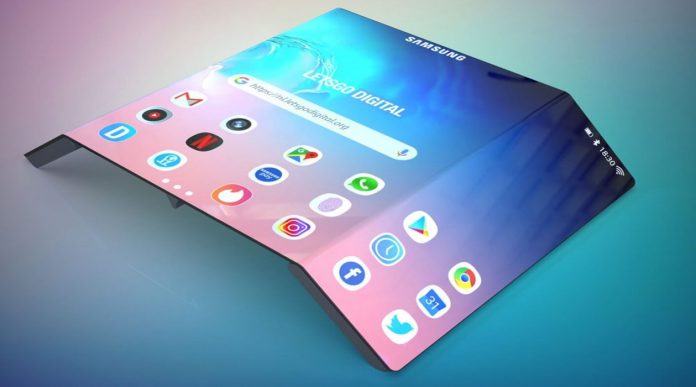 While it was leaked that he was working on his triple-folding tablet Samsung Galaxy Z Fold Tab recently; This time, it turned out that it received a patent for the triple-foldable phone and the S-Pen pen with fast charging support.

According to the information provided by LetsGoDigital, Samsung is working on a foldable electronic device containing a pen and a double foldable phone consisting of three screens.

Looking at the design of the three-screen phone, when the left and right screens of the phones are folded, there is a small space at the top of the middle screen to easily turn the device on and off. Samsung is also exploring the possibility of having both outward and in-fold designs.

Another patented product is the magnetic Samsung S-Pen for a foldable phone. The pen will fit into a small recess between the flip-up screen. In addition, the patent shows how the moment the S-Pen sits in place, it enters the high-speed charging mode, which enables the pen to be charged wirelessly. When the phone is not fully folded and the S-Pen is still plugged in, the pen goes into standard charging mode.

Apart from these two patents, it is stated that when the phone is folded, it will be switched to a double-hole screen design in order to use the cameras. Considering the possibility of folding the phone both to the front and back; It raises questions about how to use it.

While the device has an in-screen fingerprint sensor, again under the screen; It is said that there will be a piezoelectric speaker expected to be placed.

What do you think about these Samsung designs? How about use in terms of folding both the front and back and opening the double holes for the camera? Do not forget to share your ideas with us in the comments section.