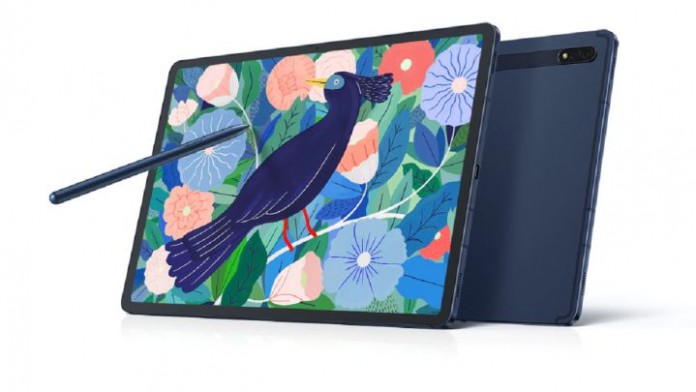 Samsung: The Galaxy series is not exclusively reserved for smartphones. Tablets are the other great exponent of the Korean company and they have shown that they are capable of doing it very well. In fact, they are capable of rivaling the product with the bitten apple when it comes to features and this may be more important than ever in this regard this year. It turns out that information has been leaked about the arrival of a Samsung Galaxy Tab S8 with built-in notch.

We have already become accustomed to receiving several terminals from the same family during the year in different technological segments. And we are not only talking about televisions, where the inches are what sometimes differentiate one model from another. We focus on the case of Samsung, where more details of the Galaxy Tab S8 family have been revealed today. There is still time for the company to produce its devices, although this does not mean that we do not have new information about these models.

The most interesting thing we have learned about this division is that the company is considering the possibility of including a larger Samsung Galaxy Tab S8 ‘Ultra’ model. According to what Winfuture has, a 14.6-inch device is proposed on its screen. But what stands out the most is the possibility of having a notch in this section, something that the rest of the devices in the family lacked.

Of course, this would increase the size of the device, which would mount an AMOLED panel with 2960 x 1848 px resolution and 120 Hz refresh rate. It would bring two cameras with which to take images and record video as well as a Snapdragon chip inside. The possibility of having 16 GB of RAM and 512 GB of storage space is also being considered. It would also be accompanied by a battery of no less than 11,200 mAh.

Of course, the terminal is also expected to come in two versions that, as is tradition, are divided into WiFi and mobile. This will also be decisive in choosing the price of the device, an amount that can easily reach 1,000 euros from the version with WiFi and that could increase depending on the internal space in case the Korean house decides to offer different options.

Products that Apple will introduce before the end of 2021