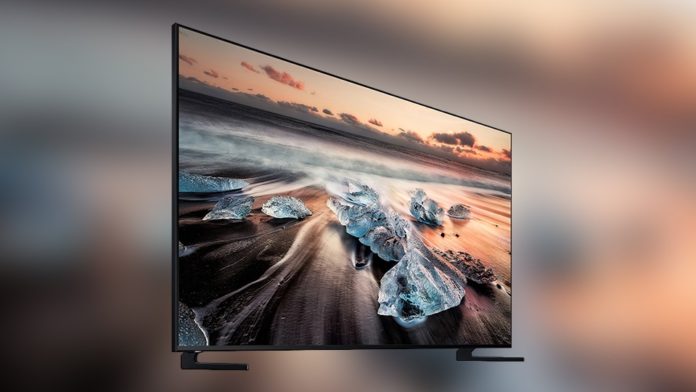 Samsung unveils the world’s first smart TV with a frameless 8K QLED display. With only a very thin bezel at the bottom, the television offers an aesthetically pleasing appearance with a 99% screen ratio.

Being the first true frameless TV with a 99% display on the front, the Q950TS only has a very thin bezel at the bottom. The TV, on the other hand, is able to magnify up to 8K, regardless of the image quality of the original image, thanks to a quantum processor with artificial intelligence technology with deep machine learning.

What does the Samsung Q950TS offer?
The 2020 QLED 8K TV features a new display feature that provides optimum brightness and contrast ratio in any viewing environment. This allows the TV to recognize the surrounding environment and automatically adjust the screen brightness and picture. Samsung TV also incorporates a highly anti-glare panel coating.

At the same time, the TV has been very successful in transmitting images from 4K to 8K, thanks to the OTS + feature, it can monitor moving objects on the screen and focus on the sound to be directed using the 5.1 speakers. However, the smart TV can recognize the ambient noise and adjust the sound level in the video to the noise level thanks to the ‘Active Voice Amplifier’ feature.

Samsung’s new monster uses the so-called Scale AI ScaleNet sahip feature with deep learning technology to minimize loss of original data during video streaming and to stream 8K content on lower bandwidth networks. This feature will be available in the Amazon Prime Video application in the first place.