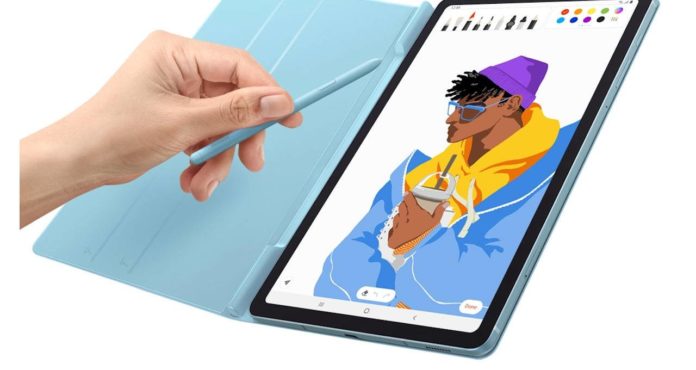 Samsung announced its new tablet model called Galaxy Tab S6 Lite at an event it organized. With the support of S Pen, the tablet allows consumers to use up to 13 hours.

South Korean technology giant Samsung appeals to millions of people with its consumer electronics products. The company, which has come up with new products almost every day, has now presented its new tablet model to consumers. Called “Galaxy Tab S6 Lite”, this tablet seems to win the admiration of many consumers with its S Pen support and large battery.

Samsung’s new tablet, Galaxy Tab S6 Lite, was announced at an event in Indonesia. The tablet, which has a screen size of 10.4 inches and a resolution of 1,200 x 2,000 pixels, minimizes energy consumption with its TFT panel structure. Just above this screen with acceptable thickness frames, there is a front camera that offers consumers a resolution of 5 MP.

Introducing the Samsung Galaxy Tab S6 Lite
Samsung has not mentioned which processor powers this product in its comments on its new tablet. This processor, which we know to have only 8 cores, is accompanied by 4 GB of RAM and 64 GB or 128 GB of storage. The camera on the back panel of the Galaxy Tab S6 Lite offers consumers 8 MP resolution and can shoot 1080p video at 30 fps.

Technology manufacturers have abandoned 3.5 mm headphone jacks in their technological products that have been released recently. However, Samsung has not neglected this detail, which is important for many consumers in its new tablet, and this tablet has a 3.5 mm headphone jack. The tablet, which supports Wi-Fi, Bluetooth 5.0 and GPS, also has microSD input, and consumers can increase the storage space of this tablet up to 1 TB.

According to the statements made by Samsung, the Galaxy Tab S6 Lite’s 7.040 mAh battery offers up to 13 hours of use. Working with the Android 10-based One UI 2.0 interface, the tablet is unfortunately somewhat heavy. The explanations reveal that Samsung’s new tablet model weighs 467 grams.

The price of the Samsung Galaxy Tab S6 Lite, announced with all these features, is currently unknown. The tablet, which has 3 different color options, has not been announced for the time of release and which country it will enter.