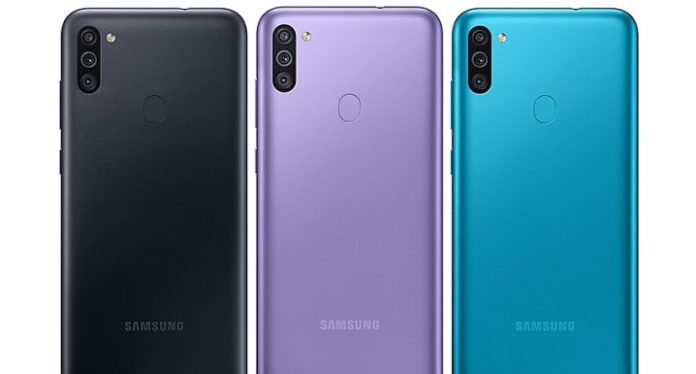 Adding new models to Galaxy A and M series, Samsung started the week with a new smartphone announcement. The new Samsung Galaxy M11, which has a triple camera system, was introduced with the Infinity-O screen.

Samsung’s new smartphone, Galaxy M11, is presented to users with a 6.4-inch screen in HD + resolution and a camera placed unnotched in the left corner of the screen. The 6.4-inch display is 720 x 1560 pixels resolution.

There is a triple camera system placed vertically on the back of the M11. The triple camera’s main camera has an aperture of f / 1.8 and has a resolution of 13MP. The main camera is accompanied by an ultra wide-angle lens with a 5MP resolution with a 115-degree field of view and a 2MP depth sensor with f / 2.4 aperture. The front camera of the phone has f / 2.0 aperture and 8MP resolution.

The Galaxy M11 is powered by a 5,000 mAh battery, which can be charged via the USB-C port. The M11 also has a 3.5mm headphone jack. Samsung’s new smartphone also has a dual SIM card slot. The fingerprint reader of the Galaxy M11, which will come to its users with its black, purple and sky blue color options, is on the back of the phone.

15 devices received the new version of HarmonyOS 2.0: Here are...