Intel today announced its 11th generation of Tiger Lake processors, based on its new 10nm SuperFin process and Willow Cove cores, with the promise of gains of up to 2.7 times in performance when using professional applications and 2 times in games. Some companies, such as Acer and Dynabook, have already announced their first models equipped with the news, and it is time for Samsung to reveal what it has prepared with the new chips.

The Galaxy Book Flex 5G is the first laptop with support for the 5G network certified by the Intel Evo program. The device arrives in options with the new Core i5 and i7 Tiger Lake with Iris Xe GPUs, in addition to a 13.3 “Full HD touchscreen, up to 16GB of LPDDR4X RAM, 720P front camera, 13MP back cover camera and up to 512GB NVMe SSD storage with MicroSD card support

The device also has built-in S-Pen, sound system with two 5W speakers optimized by AKG, backlit keyboard, Fi-Fi 6 (Gig +), Bluetooth 5.1, 69.7Wh battery and digital reader. Galaxy Book Flex also has a wide range of connections that include the new Thunderbolt 4, USB-C, USB 3.0, HDMI and P2 connector for headphones and microphone. Weight and size are other highlights, with the laptop weighing 1.26kg and dimensions of 304.9 x 202.3 x 13.9 ~ 14.9mm. 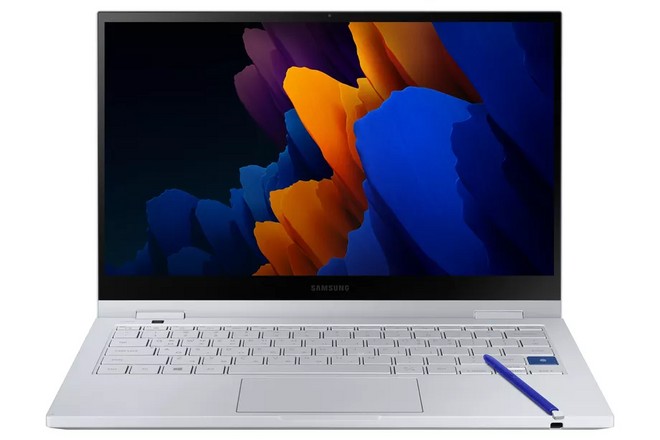 With Intel Evo certification, we can expect the launch to offer 9 hours of autonomy with “real world” use, in applications such as Google Chrome, Office 365, G Suite and Zoom, fast charging support capable of delivering 4 hours or more of use in about 30 minutes of recharge, and return from suspended mode in less than 1 second.

Executives from Samsung and Intel commented on the announcement of the Galaxy Book Flex, emphasizing the Intel Evo certification and the audience for which the device was designed, mobile workers, who value ease of use and versatility. Support for 5G, which puts it to compete with the Lenovo Flex 5G, was also highlighted, considering that the network will become the “key connection in the world”.

The Samsung Galaxy Book Flex 5G has no price or availability date yet. However, considering the launch period of the first laptops with Tiger Lake announced by Intel, chances are that we will see the laptop start selling by the end of the year. There is no information about a possible arrival in Brazil.

How Did the First Language Spoken by People?

Amazon Appears to Work on a Competitor Project to Stadia