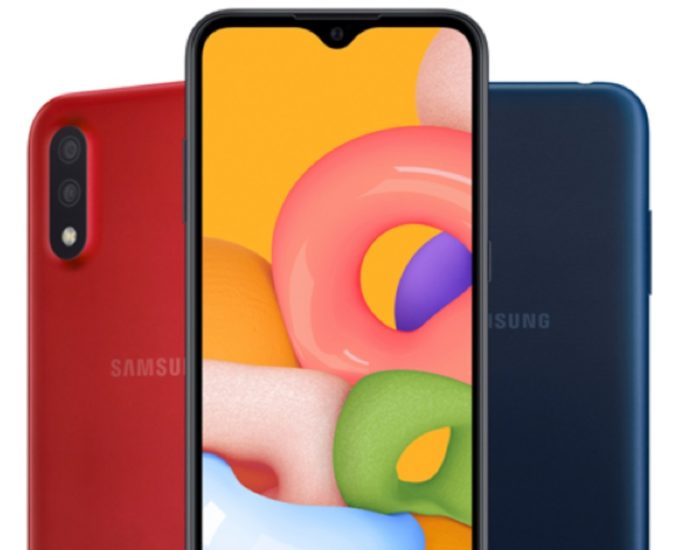 Samsung reinforces the Brazilian portfolio of the Galaxy line with the launch of the Galaxy A01 this Tuesday (7). The cell phone starts to be sold in the domestic market from this week for the suggested price of R $ 1,099. Among the highlights of the smartphone are the dual camera up to 13 MP and facial unlock. The South Korean phone is aimed at users who do not need a stiff technical sheet and want more affordable models.

The Galaxy A01 comes standard with Android 10, Google’s latest mobile operating system and is available in three colors: black, blue and red.

The specifications of the Galaxy A01 attract attention by the photographic set. The phone has two cameras on the back of 13 MP and 2 MP. The second camera is a depth sensor that is responsible for performing Portrait Mode, a feature that blurs the background of the image. The front camera also allows the user to use the face to unlock the smartphone.

The design features a drop-shaped cutout and a larger bottom edge that is larger than other brand phones. The 5.7 screen has HD + resolution of 1520 x 720 pixels. Another important function is also present on the phone: the dark mode leaves the display with darker tones to offer more comfort to the user.

The Galaxy A01’s performance should be sufficient to carry out day-to-day activities such as browsing social networks and the internet without crashes. The 2 GB RAM memory works in conjunction with the octa-core processor up to 2 GHz.

The technical file is complete with 32 GB storage and support for microSD cards up to 1 TB. The battery features a 3,000 mAh component. However, Samsung does not say how many hours the phone can stay away from the outlets.

The phone arrives to rival the newly launched Moto E6S. The Motorola smartphone costs R $ 949 and has similar specifications. Despite being a little more expensive, the South Korean phone has Android 10, while the Moto E6S runs Android 9 (Pie), the older version of Android.

Legend of Crysis Returns to All Platforms with Remaster Version

Sky: Children of the Light Released for Android for Free