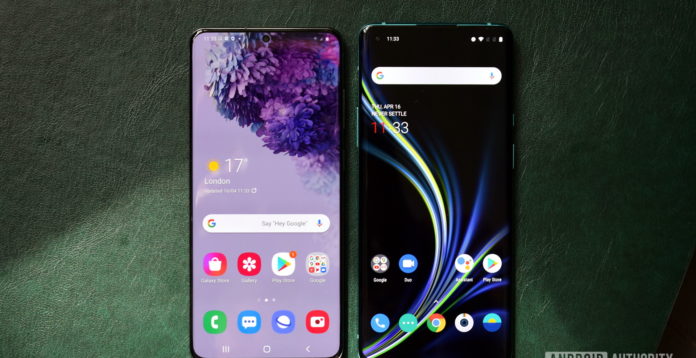 Samsung, which has not lost the title of the biggest smartphone manufacturer in the world for years, has been spending a lot of money on its activities in the field of camera sensor recently. Last year, the South Korean company, which announced 64MP image sensor modules for smartphones and released its first 108MP camera phone with the new flagship Galaxy S20 Ultra this year, announced that they have much larger plans in the field of image sensors.

John Yong-In Park, senior manager of Samsung’s vice president at the sensor unit, said in a blog post published on the company’s website that the human eye equals a resolution of about 500MP, whereas most modern DSLR cameras and smartphones are actually 40MP, He said he offers sensors with a resolution of 12MP and 27MP.

Samsung aims to develop camera sensors equivalent to the human eye
For example, the 108MP ISOCELL Bright HMX sensor developed by Samsung can actually take photos at 27MP resolution. Just as we can see photos with 48MP resolution from 48MP cameras. Park said the industry has a long way to develop sensors that are equivalent to the human eye, their ultimate goal is to develop high-resolution camera sensors up to 600 megapixels.

While it is difficult to strike a balance between resolution and pixel size, Samsung is developing a variety of pixel-linking technologies that can be used in high-resolution sensors, as smaller pixels can lower image quality. For example, South Korean company’s 64MP sensors use 2 x 2 pixel fusion, while 108MP sensors use 3 x 3 pixel fusion to increase light absorption and reduce problems with low light conditions.

The technology will also be used in Samsung’s upcoming ultra high resolution camera sensors. Park said that most cameras available today take only images that can be seen by the human eye (wavelengths between 450nm and 750nm), and it is difficult to develop sensors that can detect light wavelengths outside this range.

Stating that image sensors that can detect ultraviolet light and infrared waves can be used to benefit a wide range of fields, including agricultural and medical fields, Park is not only for smartphones, but also for autonomous vehicles, drones and other IoT (Internet of Things) devices. stated that they want to develop camera sensors.

How will the tension between China and the USA affect Bitcoin?

Tournament The Ground is Grefg’s Lava in Fortnite