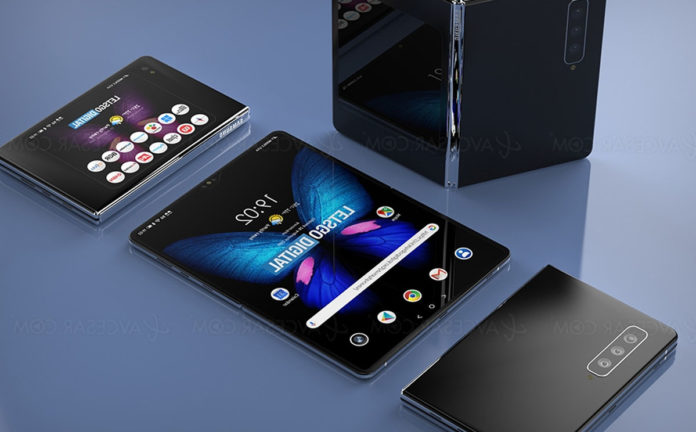 According to the news of SamMobile, Samsung will start to produce parts of the new foldable smartphone Galaxy Fold 2 very soon. It is estimated that the first images from the Galaxy Fold 2 will appear in June.

Due to the coronavirus, which continues to show its effect worldwide, disruptions are also experienced in the important supply chains of the smartphone industry. However, despite all these disruptions, according to a report, Samsung is continuing its preparations to release its new foldable phone Galaxy Fold 2 on time.

According to SamMobile’s news, the South Korean giant company can start parts of its new foldable Android smartphone in mid-May. This means that Samsung has determined the design and hardware features of the Galaxy Fold 2, which is expected to be introduced in August.

The first images may come in June:
At the same time, the fact that Samsung will start producing parts means that we will see the latest version of Samsung Galaxy Fold 2 very soon. According to some sources in the industry, we can see the first live images from Samsung Galaxy Fold 2 in June.

Besides, there are some claims about the day when the Samsung Galaxy Fold 2 will be introduced. According to these claims, the company may introduce its new foldable phone, like the S20, as well as the Galaxy Note 20, which will be the new Note series. So there is the possibility of introducing Note 20 series and Galaxy Fold 2 in the same event.

In a news we made in the past days, we have informed you that Samsung Galaxy Fold 2 will be released in a much cheaper way than Galaxy Fold. However, it is not yet clear in what range the price of the Galaxy Fold 2 will be. Despite this, we can definitely say: This device will be cheaper than the first Galaxy Fold, which debuted at almost $ 2,000.