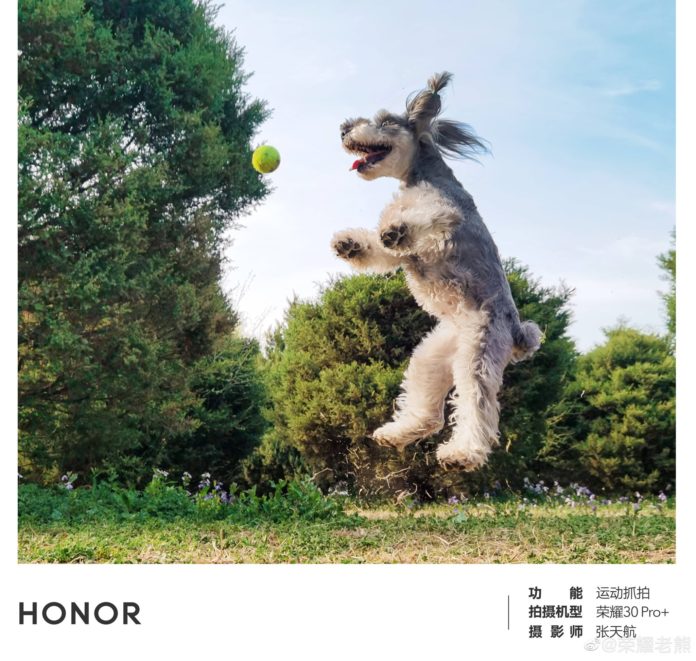 Honor shared sample images that demonstrate the camera features of the new Honor 30 series phones. The flagship Honor 30 Pro and Honor 30 Pro + seem to be highly appreciated on the camera side.

Huawei’s sub-brand Honor plans to introduce Honor 30 series smartphones on April 15. Honor 30, which stands out with the cameras of the Honor 30 family, is expected to come with three different models named Honor 30 Pro and Honor 30 Pro +.

With the Honor 30 Pro’s camera, 4K resolution images at 60 fps focus on colors and motion in nature. In addition, images taken with the drone show that artificially-assisted image focusing works effectively.

Honor 30 Pro + and ultra-fast focus
As you can see above, Honor also released a photo that highlights the ultra-fast focusing feature of the Honor 30 Pro +, the most powerful member of its flagship devices. The company suggested that animals reveal the most difficult scenes to shoot and force smartphone cameras to focus.

Honor stated that the 1920 fps slow motion feature is a prominent feature, along with 4K recording and AIS image stabilization at 60 fps to shoot good videos. Honor 30 Pro and Honor 30 Pro + will be the first non-game-oriented smartphone with this slow motion feature. Currently, the Vivo iQOO Pro family, as well as the Black Shark 3 series, phones like the Nubia Red Magic 5G can shoot slow-motion videos of this quality.